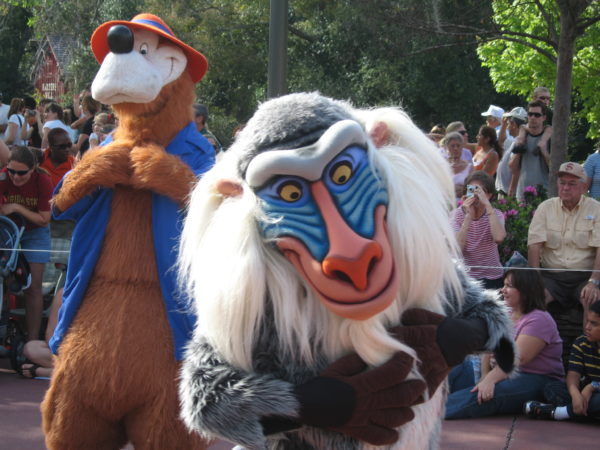 Meeting Disney characters is one of the highlights of many Disney World vacations. However, unlike rides, character meet and greets are easy to change and can do so frequently. While you can always meet the Fab Five and some other popular characters, others can come and go depending on popularity and even season.

Today we’re going to take a look at five character meet and greet changes coming to Disney World in the coming months.

This Independence Day Weekend from July 4th to July 6th, Woody will host a down-home barbecue picnic. For three days only, the Fantasia Ballroom at Disney’s Contemporary Resort will transform into a western-themed playset for Woody’s Roundup BBQ. The party will include games, crafts, meet and greets with Woody, Jessie, Bullseye, and Buzz Lightyear, a live DJ, a balloon artist, exclusive viewing of the Magic Kingdom fireworks, and of course an all-you-care-to-enjoy BBQ buffet! Dinner will be held at 6:15pm and 9:15pm all three nights. The cost is $149 for adults and $99 for children ages 3 to 9.

Toy Story has established some very popular characters over the last nearly quarter century. One beloved character is Bo Peep who will be arriving in Disney’s Hollywood Studios’ Toy Story Land soon. Disney hasn’t given a date for her arrival, but Disney says she will arrive before the Toy Story 4 release, which is scheduled for June 21st.

Coincidentally, Bo Peep will be the star of the first Pixar short series on Disney+.

Until recently, Sofia the First, a Disney Junior character, appeared in Animation Courtyard. She was a mainstay for five years. She even appeared at Disney Junior Play n Dine at Hollywood and Vine. Both of these appearances have ended, and it’s unlikely that Sofia will return in the near term.

Fancy Nancy will be replacing Sofia the First in both Animation Courtyard, which will be refurbished to have a backyard theme, and at Disney Junior Play n Dine along with Vampirina, Doc McStuffins, and Roadster Racer Goofy. Fancy Nancy will begin appearances on May 1st, in time for Disney’s Hollywood Studios’ 30th anniversary.

Fans were shocked when Rafiki’s Planet Watch closed nearly a year ago. What would come of the area was unknown, but Disney recently announced a new progressive dining experience that takes place partially at Rafiki’s Planet Watch at Disney’s Animal Kingdom, and Rafiki and Timon will be at the event for guest meet and greets. Hopefully, that means that the pair and the location will be available for regular guests once again this summer.

Do you enjoy Disney character meet and greets?