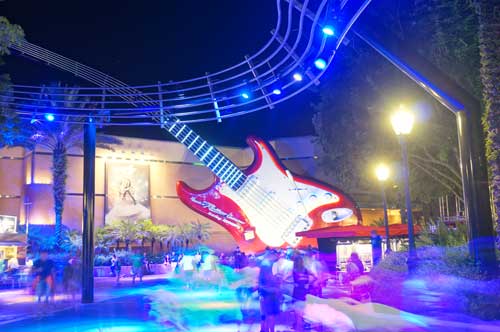 When Walt Disney’s dream became a reality and Disneyland opened on July 17, 1955, there was a fairly simple way to experience attractions. Guests waited in long lines and after they waited long enough, they were able to board and experience the brand new rides and shows.

That formula worked for quite a long time but over the years, guests’ attention spans started to become shorter and shorter and Disney knew that some changes would have to be made in order to keep guests interested and excited for the attractions that they were about to experience.

By utilizing pre-shows, the Disney parks can keep guests entertained in one area while waiting for the guests in front of them to finish their attraction experiences. Some pre-shows are funny, some are informative, but almost all of them get a great hold on the guests in line and help them stay distracted until it’s their time to ride the attraction.

Here are the five best pre-shows in Walt Disney World:

Everything about Mission: Space’s pre-show is about building anticipation. You and your fellow crew members are about to be shot into space at an amazingly high rate of speed, you’ll experience some pretty intense G-forces, and you’re going to have a lot of button-pressing responsibility on your mission.

Cap Com (played by Lieutenant Dan himself, Gary Sinise) gets you ready for your adventure through space, assigning you a position that you have no training for whatsoever.

It’s all a lot of fun and I personally love watching the faces of the people around me when they realize that (after walking past countless signs about motion sickness) they will have a responsibility on this attraction. Everything from the video screens to the lighting effects to the dramatic music that’s played in the background really gives you the sense that you’re about to take a pretty incredible space flight to Mars.

By the way, make sure you push your button at the right time. The fate of the mission is in your hands!

Here’s the thing with Enchanted Tales With Belle: a lot of adults (especially ones without children) are going to look at this attraction as a short show and meet & greet with Belle, look at the wait times, and decide that it’s not worth their time or a FastPass selection.

In my honest opinion, that would be a really bad move.

Not only is the attraction itself charming, fun, and very, very funny, (mostly due to the volunteers who are cast in the show) but the technology used to bring Belle & The Beast’s story to life is outstanding and honestly pretty difficult to comprehend! That goes double for the pre-show.

Once guests are shuffled inside Maurice’s (Belle’s father’s) cottage, they are told a short story of how Belle and The Beast fell in love. Then, they are transported from Maurice’s home to The Beast’s castle far away through a magic mirror. I don’t want to spoil it for you if you haven’t had the chance to experience it just yet, but trust me, it’s worth the wait just to see the magic mirror! After seeing it several times, I still couldn’t figure out how the Disney Imagineers did this one (and don’t look it up, it’ll spoil the magic for you!)

The next time you are in the Magic Kingdom I’d suggest using one of your FastPass + selections on this one, especially if you have little ones who won’t want to deal with the wait. You won’t regret it!

I guess for me it’s because I was brought up in the 80’s, but I can never get enough of the Muppets! From the old Muppet Show to their movies to their new show on ABC and everything in between, I’ve been a total Muppet fan for as long as I can remember. That’s why I LOVE the Muppet Vision 3D attraction and hope, with all of the construction at Disney’s Hollywood Studios, that it’s not going anywhere anytime soon.

While the attraction still holds up and is a lot of fun (my 5 year old & twin 3 year olds love it!), the fun really starts in the pre-show.

From all of the funny puns and gags that are literally all over the walls, floor, and ceiling to the hilarious video that is running on the television monitors overhead, everything about the experience you have while you wait to watch the 3D show is loaded with classic Muppet humor. Rizzo the Rat takes a few shots at Mickey Mouse and the Walt Disney World tourists, there are musical numbers, Fozzie tells some truly terrible jokes; it’s all you want in a Muppet pre-show and more!

If you’re a Muppets fan (and I’m being serious here!) go for the queue and pre-show and stay for the 3D movie at the end as all three parts are equally full of the Muppets’ irreverent humor and fun!

Spoiler Alert: the pre-show stars Aerosmith. But then again what would you expect from an attraction that has a band’s name in the title?

Through all of the rumors over the years of a new band coming in to record new tracks for this attraction, Aerosmith and their music has remained and to me both the attraction and the pre-show are just as good as they were seventeen years ago (although Steven Tyler, Joe Perry, and the rest of the crew might look a little bit older these days than they do during the pre-show!)

The premise of the pre-show is this, you (and a room full of dozens of your best friends, apparently) show up unexpectedly at Aerosmith’s recording studio minutes before they are about to leave to put on a concert in downtown Los Angeles. Of course, Steven Tyler and his bandmates don’t want to leave anyone behind, so all guests are given VIP passes for the show and a stretch (wait, make that a super stretch!) limousine to get us there.

The video technology used in the pre-show has stood the test of time and to me it does still feel like Aerosmith is right there on the other side of the recording booth, staring back at you. Rock’N Roller Coaster’s pre-show might not be the most technologically advanced or up-to-date in the parks, but it really sets the mood and anticipation for your rockin’ ride through the Hollywood Hills!

The true experience and story of the Twilight Zone Tower of Terror starts WAY before the pre-show. When you turn that corner off Hollywood Boulevard and see it there in the distance at the end of Sunset Blvd., that’s when the story starts to unfold.

But since I’m not focusing on lead up or the attractions’ queues, let’s move on into the library of the Hollywood Tower Hotel, where the background of the story we are now in is told.

“You unlock this door with the key of Imagination, beyond it is another dimension. A dimension of sound, a dimension of sight, a dimension of mind. You’re moving into a land of both shadow and substance, of things and ideas. You’ve just crossed over into . . . The Twilight Zone.”

If you just read that in a Rod Serling voice, I sincerely apologize, but his memorable vocals and the eerie lighting and sound effects instantly place you, the guest, in a different time and place. In this pre-show, we really feel like we are in Hollywood, in 1939.

When you step out of that library and into the boiler room, you are both nervous and extremely excited to board your maintenance service elevator (since that’s all that’s left in operation after the lightning strike). And even though you clearly know now what is going to happen in the moments that follow, the pre-show adds that little element of creepiness that each and every episode of The Twilight Zone had.

There’s that part that’s expected, and a little bit of the unexpected, which makes both the show and the attraction “somewhat unique.”

While not every attraction has a pre-show or needs one to set up the story, I think the ones I’ve mentioned go a long way in really helping to prepare the guests for the attractions they are about to experience. The next time you’re in Walt Disney World and standing in one of these pre-shows, put away your iPhone, your iPad, your Palm Pilot or your Blackberry and pay special attention to the pre-shows that are available. I’m sure you’ll enjoy them just as much as I do (and if not, Herb from the World Of Walt wrote this article!)

Are you a fan of the Rock N Roller Caster pre-show?  Rock on!