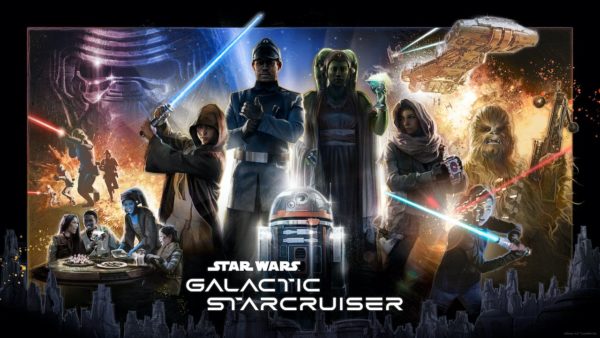 The new resort hotel is described as a 2-night all-immersive adventure and is set to open in 2022. Guests will be transported to a galaxy far far away and will be able to live out all of their Star Wars dreams.

From launch pads to lightsaber training and even sublight lounges, this new resort will be a groundbreaking experience and should be added to every fan of Star Wars bucket list.

Let’s take a look at the new poster:

“Opening in 2022 at Walt Disney World Resort, Star Wars: Galactic Starcruiser will invite you into a new kind of “storyliving” as you travel the galaxy in a finely appointed starship. So far, many details about this new experience have been as cryptic as a Bothan spy, so it’s exciting to get another peek at what we have in store.”

Do you want to stay on the Star Wars: Galactic Starcruiser?