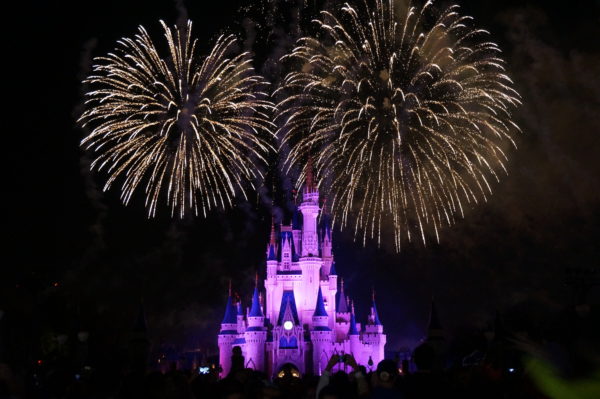 Starting July 1, 2021, fireworks spectaculars will be back at Walt Disney World and Disneyland! The Disney Parks made the official announcement on their social media platforms and the Disney Parks Blog.

Let’s take a look at what Disney Parks had to say:

At Walt Disney World Resort in Florida, July 1 marks the start of nightly fireworks performances at Magic Kingdom Park and EPCOT. “Happily Ever After” will transform Cinderella Castle with lights, projections and pyrotechnics, as moments from favorite Disney stories encourage you to grab hold of your dreams and make them come true. And as part of the ongoing transformation of EPCOT, “EPCOT Forever” will produce a spectacle of fireworks, music and lighting effects over World Showcase Lagoon, highlighting the themes of innovation, exploration, imagination and celebration at the core of the park’s past, present and future.

A Disney tradition since 1957, fireworks shows are what Walt Disney called the perfect “kiss goodnight” at the close of a magical day, and this summer the skies above Disney theme parks will sparkle with color once more. Beginning in July, just in time for the nation’s Independence Day celebrations, our incredibly popular nighttime fireworks spectaculars are returning to Disney parks!

It has been over a year since the nighttime sky was illuminated with the fireworks from any of the Disney Parks. Guests will now be able to sing along to “Happily Ever After” and “EPCOT Forever”. A true sign that things at Walt Disney World and Disneyland are shifting back to normal.

Are you glad to see fireworks spectaculars back in the Parks?