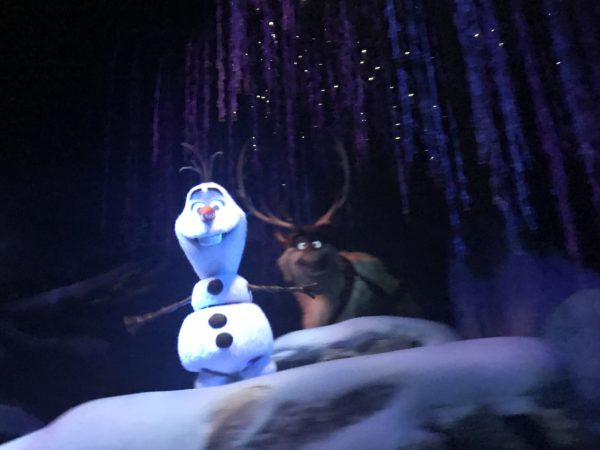 Frozen Ever After - Olaf

World Showcase is Disney World’s permanent World’s Fair. There are 11 country pavilions circling the 1.2-mile, man-made World Showcase lagoon each representing the culture of the respective country. World Showcase is an incredible experience because of its authenticity. Guests can experience the architecture, landscape, streetscape, shopping, and dining of each of the countries and even speak to the friendly Cast Members who, as part of the Cultural Representative Program and a Q1 visa agreement, come from their country to work in World Showcase. There are even some special shows by musical, acrobatic, and arts performers.

All of the pavilions were present on opening day except Morocco and Norway, which were added in 1984 and 1988 respectively. While the intention was for the country to sponsor its pavilion, Morocco is the only one to follow through with that plan. Other countries are sponsored by private companies usually from the respective country.

Finally, Epcot is unique because it is the only park in Disney World with two points of entry. The World Showcase entry is called the International Gateway. From this point, you can hop on the Skyliner and travel to nearby resorts and Disney’s Hollywood Studios or walk to Disney’s Boardwalk, Disney’s Boardwalk Inn, Disney’s Yacht Club, Disney’s Beach Club, and the corresponding Disney Vacation Club properties plus the Walt Disney World Swan and Dolphin Hotels.

Frozen Ever After is a musical log flume ride featuring scenes from Frozen, Frozen II, and the Frozen Fever Short. The ride replaced the long-standing Maelstrom ride, which was deemed to no longer be representative of the Norwegian culture. Frozen Ever After follows the same general ride layout as Maelstrom and uses the same ride vehicles. However, it works because the ride vehicles look like Norwegian ships, and the attraction was planned around the course.

Frozen (the movie) was wildly successful world-wide, and the ride regularly has an hours-long wait time even still.

Frozen Ever After is the story of the anniversary of the day Princess Anna warmed her sister’s heart thus thawing it and ending eternal winter. In response, Queen Elsa proclaimed an Official Summer Snow Day in Arendelle. This means that Olaf might finally find out what snowmen do in summer!

Throughout the ride, you’ll see your favorite Frozen characters as audio-animatronics. What makes these animatronics special, though, is that they are the first-ever all-electronic animatronics with no pneumatics or hydraulics. This means they have smoother, more natural, movements.

Frozen Ever After is not a thrill ride, but it is a great family ride and is very fun especially if you like the Frozen movies. I highly recommend it. It’s worth the wait!