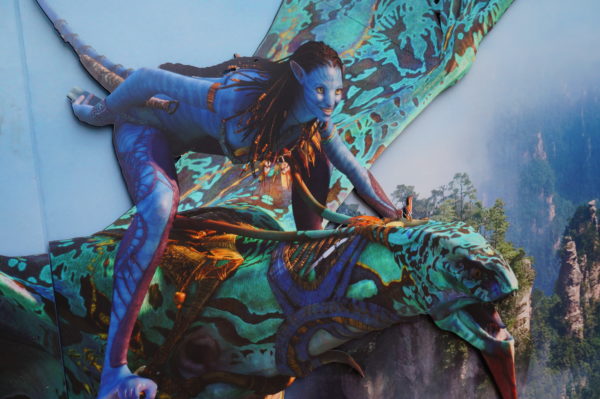 When Disney’s Animal Kingdom was dedicated, Michael Eisner, then CEO, said, “Welcome to a kingdom of animals… real, ancient, and imagined…” However, at that time, there were no imagined animals in Disney’s Animal Kingdom. The plan was to create an area called Beastly Kingdom where the animals would be mythological creatures. That plan was a little more ambitious than Imagineers originally realized, so Disney created areas like Camp Minnie-Mickey.

In 2011, Disney and James Cameron began development on a new land that would fulfill the promise of the dedication to include imagined animals. This land would be based on Cameron’s Avatar movie, which was a box office hit when it came out in 2009.

The result was Pandora – The World of Avatar, which takes place a generation after the events of the film, which makes sense because the land opened nearly ten years after the movie came out. Construction began in January 2014, and the 12-acre land was opened to the public on May 27th, 2017. Pandora, a fictional exoplanetary moon, has floating mountains, alien wildlife, and bioluminescent plants. The plants look normal during the day, but at night, the land transforms into a beautiful, lighted land.

This not only meant that Pandora was a cool place to visit at night, but it also made Disney’s Animal Kingdom more exciting later in the day.

Pandora is a really cool land with unique retail, dining, and attraction experiences including Na’vi River Journey, which boasts the most advanced audio-animatronic Disney ever created, and Flight of Passage, which is my favorite attraction in the land.

One of the stories in Avatar is the connection between the Na’vi and banshees. The Na’vi had to “plug in” and establish a connection, which isn’t an easy thing to do. Like Star Wars fans longed to fly the Millennium Falcon, Avatar fans wanted to fly their own banshee!

Flight of Passage is a 3D flying simulator attraction that allows you to do just that. The story is that the Humans and Na’vi are attempting to restore the banshee population after dangerous mining tactics destroyed the land and its inhabitants’ generations before.

You’re matched to a mountain banshee and take flight across the Valley of Mo’ara. You’ll see various landscapes of Pandora and experience an attraction like nothing Disney had ever created before – or really since.

What’s your favorite attraction in Pandora?