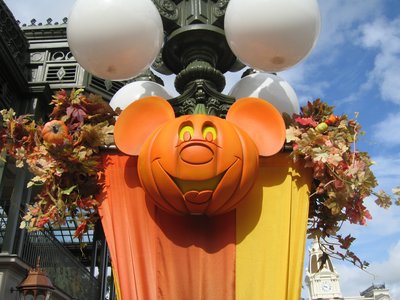 Just because things cool down a bit in the fall does not mean that the exciting opportunities at the vast Disney World resort also slow down. Quite the reverse – fall at Walt Disney World offers some of best fun all year, and this fall will feature the debut of several exciting new experiences!

Bowling the Way Only Disney Can Do It!

The Walt Disney World Resort already offers just about every entertainment and leisure activity you can think of, but this fall will see the launch of one more – bowling! A 50,000 square-foot bowling alley will be opening in Disney Springs’s West Side, but this will be no ordinary bowling alley.

In keeping with true Disney style, the facility known as Splitsville, will feature upscale dining (think sushi and hand-tossed pizza), and detailed retro theming. Like many of the destinations in Disney Springs, Splitsville will be run by an independent company, but it looks as though it will fit right in!

The Epcot International Food & Wine Festival is one of the highlights of the Disney World calendar year – especially for foodies. This coming fall, the fabulous festival will feature some not-so-international but definitely exciting new options. Exciting vegan dishes will be among the new offerings, as well as cuisine featuring ingredients and inspiration from around the state of Florida.

Test Track is Back and Better Than Ever

Recent visitors to Epcot have had to skip one of the park’s most popular thrill rides due to extensive renovations. This fall, Test Track is back and better than ever! While still providing visitors with an exciting ride, the renovated attraction has become more interactive by allowing riders to design their own concept car before taking it for a run. At the end, you will have the chance to see how well your vehicle design performed on the track.

If You Can’t Get Enough of Jack Sparrow

Pirate lovers will soon have a second attraction to strike joy in their swashbuckling hearts. The Legend of Captain Jack Sparrow is an interactive experience debuting this fall at Hollywood Studios. The attraction will replace the current Journey Into Narnia: Prince Caspian show at Soundstage 4. It’s the first Disney World attraction inspired by a film inspired by an attraction! Ah, the magic of circular synergy.

Putting the Z Back in Zebra

Kilimanjaro Safaris, a highlight of Animal Kingdom, will be showing off a new savannah home for its zebras this fall. It’s a bigger and better home for this well-loved animal, and bigger and better viewing opportunities for safari guests.

In addition to these new and exciting fall offerings, Disney World also has recurring fall events that have become can’t-miss events.