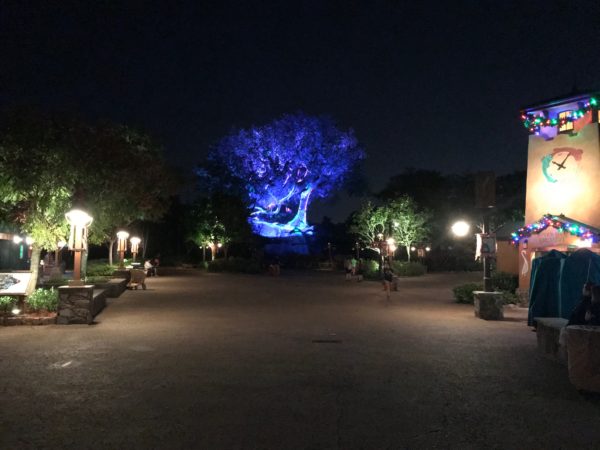 Experience Disney After Hours at Hollywood Studios and Animal Kingdom

Disney announced in early November that they would be expanding their Disney After Hours hard-ticket event from being held exclusively at the Magic Kingdom to including Disney’s Hollywood Studios and Disney’s Animal Kingdom.

Dates are scheduled for both parks through April, 2019!

Overall my impressions are much as they were for the After Hours event at the Magic Kingdom back in July:  You can save plenty of time waiting in line.  If you are a night owl and you can take advantage of the full duration of the event, it is a luxury you might want to check out.

The following attractions are in operation:

They key here is Flight of Passage.  You can still regularly run into two and three hour standby wait times – sometimes more.  It is hard to get a FastPass.  With After Hours, you can basically walk on.  That is amazing.

It is a similar story with Na’vi River Journey, although the standby wait times during normal daily operation aren’t as long as Flight of Passage.

Check out this video to see the crowds (and the attractions):

In addition to attractions, you can also see a special presentation of Rivers of Light and watch the Pandora Drummers, boogie at the Dino-Riffic Dance Party featuring Chip and Dale, and take in the Tree of Life awakening.

Personally, I think you can see any of these presentations fairly easily during a normal day.  Unless you won’t otherwise get a chance to see these shows and parties, focus your limited time on taking in the headliner attractions with no waits.

Nearly all restaurants are closed, but there are a few places to get something to eat.

There are also several carts set up throughout the park where you can get complimentary ice cream novelties (hello Mickey Bars, Mickey Ice Cream Sandwiches, and Strawberry Bars), plus pop corn and bottled Coke, Diet Coke, Sprite, and water.  It is very easy to consume $20 of food and beverages for free during After Hours, so take this into account when considering the price and value of the event.

Most shops are closed, but a few are open.

Here are the attractions open at the After Hours event in the Studios:

The key here? Slinky Dog. It still commands long wait times, but you can almost walk on during the After Hours event.

A popular question is:  How much does it cost?  Fair question.

Disney Annual Passholders and Disney Vacation Club Members can get tickets for $95 per adult or child, plus tax.

Is It Worth It?

Disney After Hours is a luxury event.  Paying $100 plus for four hours of park time is expensive.  That said, you get a pretty good bang for your buck.

You will get to experience the key attractions in each park with little or no wait.  My calculations for the Magic Kingdom event show that I saved 11 hours of waiting in line.  That is a lot of time.

You also get all the ice cream bars, soda, and popcorn you want for free.  Some of us can earn back a significant portion of the admission price in food and drink alone!

If you want to avoid lines, save lots of wait time for popular attractions, and can power through the late hours – and you have a few extra bucks to spend – I recommend considering Disney After Hours.

Have you tried Disney After Hours?  Will you?