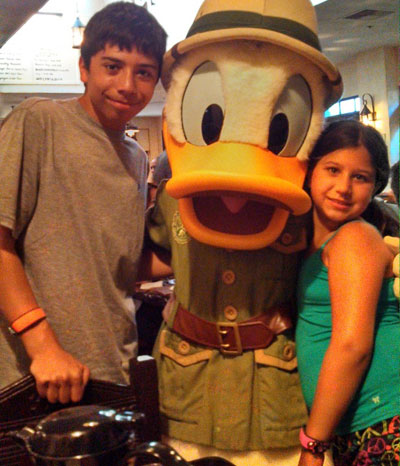 Even More NextGen Feedback From Someone Who Actually Used It

We have already run a few stories about some luck folks who have had the opportunity to try out components of Disney’s $1 billion NextGen initiative – where you get to plan some components of your vacation, like selected attractions and show or parade experiences, well in advance.

While many comments that show up on the internet are mixed, the folks we have talked with who have actually participated in test of the new technology on the ground at Walt Disney World have been positive.

Of course, the full system is still in testing.  The ultimate set of rules, and how well they work when fully scaled up to tens of thousands of simultaneous users, is still an unknown.

But for now, we can learn from someone who tested the system. Here are some thoughts from Karen:

Question:  Tell me about your trip, when did you go and where did you stay?

We went from Aug 18-26. We stayed at the Pop Century Resort.

We received an email from Disney regarding the Magic Bands because we were staying at Pop Century and they were one of the 1st 4 resorts to get them.

Question: How did the testing process work?  Did you get a MagicBand?  Did you use your mobile phone?

We received the magic bands in the mail because we were allowed to pick what color each person wanted and they printed each persons name on the bands. We than went online using my computer and picked 3 fast passes for each day. We did use our smart phone to change times.

Question: What did you like about the test?   How well did it work?

We loved the test because we were able to pick the fast passes from home and we didn’t feel like we had to rush to the park to get fast passes for certain rides. The only problem was even though we checked in online it took a lot longer at the resort because the magic bands kept causing the computer system to crash. Also at a few of the restaurants they had a hard time getting the magic bands to scan for the meals. But for the most part we loved them.

There really wasn’t much I didn’t like about it. I think it will make things much easier for people coming because you don’t have to run thru the part to get to certain rides for fast passes, I loved not have to race for them.

Now that you’ve heard from someone who tried NextGen, has your opinion about it changed?