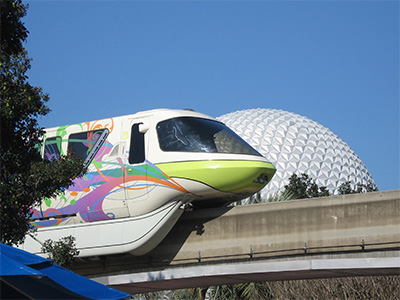 Evaluating Free Disney Transportation – Is It Worth It?

Getting To Disney World

There is a terrific free service called Disney’s Magical Express. If you are staying in one of the Disney resort hotels, you can arrange with Disney to take one of their free busses from the Orlando International Airport to your hotel. This service is extremely popular, and includes transferring your luggage from the city of origin directly to your resort hotel room. Now that is magic!

Generally speaking, the ride to or from the airport is about an hour for most folks, which is very good considering that the airport is about 30 miles from Disney World. And by taking Disney’s Magical Express you get to save a few dollars since most routes include the use of Florida toll roads.

There are certainly faster ways to get around, but few are as scenic and relaxing – and most folks who plan to use this mode of transportation know that. Some of the routes you can travel include:

I am probably missing a few routes, but the idea is that there are plenty of ways to get around via waterway. In some cases it may actually be slower than walking (especially between Epcot and Disney’s Hollywood Studios), but it is fun.

Disney itself doesn’t offer taxi service, but there are cases where you might be glad it is available – especially if you are spending a late night at Disney Springs or Disney’s Boardwalk – and the typical Disney transportation has stopped or is too slow for your preferences. Plus, you can get to most places around the resort in 10-15 minutes, and often for about $10. If you are from New York City, that should seem lightning fast and like a huge bargain!

The one place where people complain most about Disney transportation, and I think rightfully so, is when it comes to Disney busses. People often report of long waits for the bus to show up, and then plenty of stops along the way from their point of origination to their ultimate destination. Trips that take 45 minutes total are not uncommon. When you think about spending at least an hour and a half dealing with bus transportation each day, the time adds us. And if you were planning on a mid-day break to take a nap back at your resort, that could mean three hours of your day on the bus.

Unlike monorails or boats, most people don’t have romantic feelings for busses. And that, together with the desire to maximize your vacation time, might be enough of a reason to rent a car. You can still ride the monorail or boat when the mood strikes.

On the other hand, the Disney bus system is free. It’s terrific for people who can’t drive, either because they physically aren’t able to do so, don’t have a license, or just want to spend time chatting with their family instead of focusing on driving the unfamiliar roads of Disney World.

Many Options, Most Are Good

All told, Disney offers many different options for getting to, from, and around their property. Amazingly, all the Disney-operated options are free. Some are fun, one is maddeningly slow, but all give you choices.