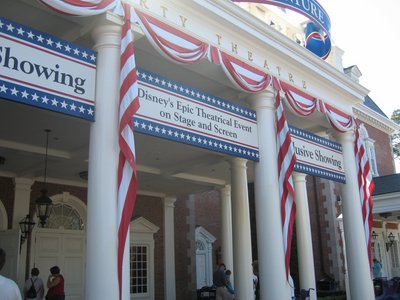 Epcot’s Voices Of Liberty To Sing At Disneyland

The Disney Parks blog (Source) is reporting that the eight person Voices Of Liberty group, which sings a cappella American classics in the grand rotunda in the lobby of the American Adventure attraction at Epcot, will soon have a sister group singing in the Main Street Opera House in Disneyland, which is home to Great Moments with Mr. Lincoln attraction.

The Disney Blog reports the new group will start performing on June 15, 2012 and will continue through the summer months.  This comment seems to indicate that they group may not be a permanent part of Disneyland as it is a permanent part of Walt Disney World.

There was also no word on whether the current groups music director, Derric Johnson, would help start up the new group.

Listening to the Voices Of Liberty is an experience best done in person – the quality of their performance is exceptional.

For those who can’t make it to Disney World – and now soon Disneyland – here is recording of a performance.