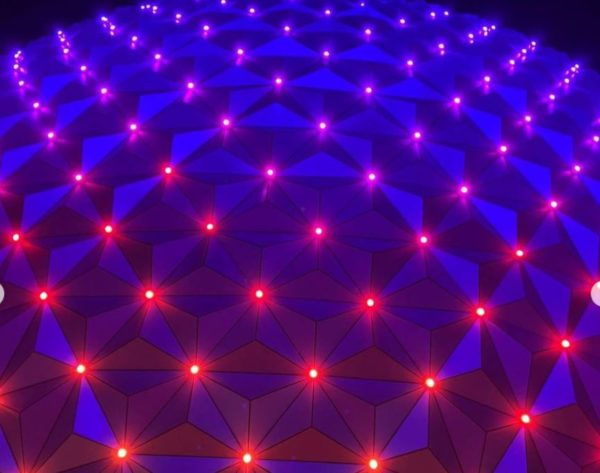 Once again, Disney Imagineer Zach Riddley is sharing behind-the-scenes photos of the construction progress at EPCOT.   This time, Riddley showed the new “Points of Light” that will illuminate Spaceship Earth.

Here is what he had to say on Instagram:

I’m proud to share today a few pics from behind the scenes of the project, led by Imagineers Jason Read and Galen Lande.
– Zach Riddley.

Riddley mentioned that the team is able to connect the programming of the new lights on Spaceship Earth into the EPCOT Main Entrance Plaza and fountain pylon lights.  Disney will reveal the new system for the 50th anniversary starting on October 1, 2021.