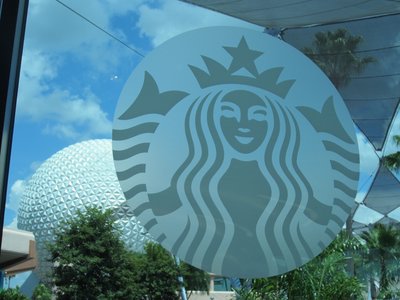 The Fountain View location in the Future World section of Epcot, very near the Fountain of Nations, has opened as Disney World’s latest Starbucks location.

It opened for business on Wednesday, September 4, 2013.

Prior to the makeover, the Fountain View was an ice cream shop that served up cones and sundaes – and was sponsored by Edy’s Ice Cream.

Edy’s, by the way, still sponsors the Main Street Ice Cream Parlor over at the Magic Kingdom.

Part Of The Overall Starbucks Plan

The Disney Company announced back in 2012 that all of the parks in the United States would get Starbucks locations. The first opened in Disney’s California Adventure at the Disneyland resort, followed by the revamp of the Main Street Bakery in the Magic Kingdom at Walt Disney World.

Disney is planning to install Starbucks locations in Disney’s Hollywood Studios and Disney’s Animal Kingdom, but Disney has not yet announced specific dates and locations.

Disney has also announced that the Wetzel’s Pretzels / Häagen-Dazs location, which is in the West Side of Disney Springs, will close soon and reopen as a kiosk near DisneyQuest. That location will then become a new Starbucks in 2014. Yet another Starbucks kiosk will open near the ever-popular World Of Disney store too.

The interior of the Epcot Starbucks location is futuristic, with plenty or large windows looking out into Future World. A wavy ceiling and soft blue colors compliment the contemporary look. There is a central entrance and an exit on either side of the building. The inside is quite large, and looks ready to serve a small army. 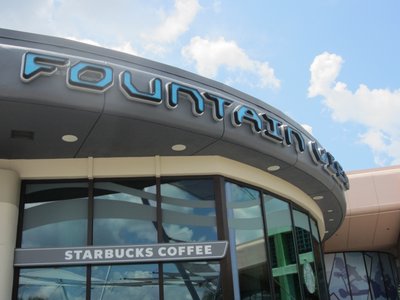 The Fountain View exterior doesn’t scream Starbucks – it is understated.

The new Starbucks has some terrific views. 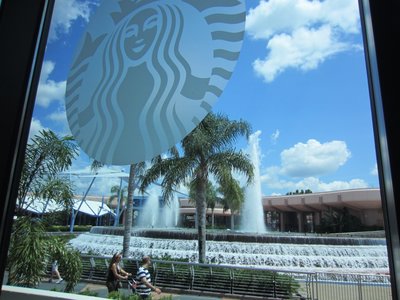 The view of the Fountain of Nations is very nice. 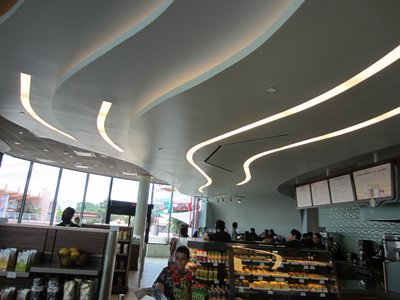 The interior sports a modern look. 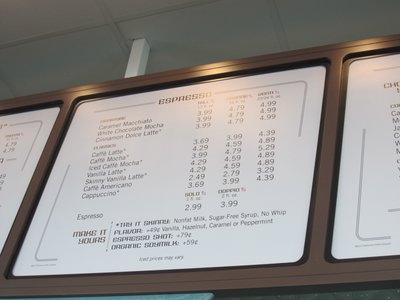 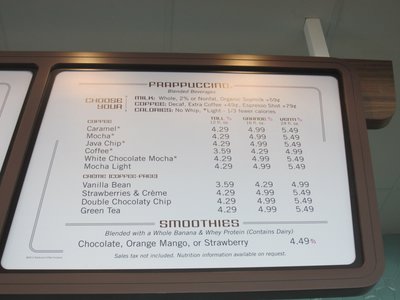 Frappuccino or smoothie anyone?

Just like the Starbucks at the Magic Kingdom, there is no inside seating. There are a few tables on the outside patio, but no chairs. It seems Disney expects guests to grab a latte, and make a run for an attraction.

You will find many standard Starbucks pastries in the pastry case, as well as a few Disney-specific items. 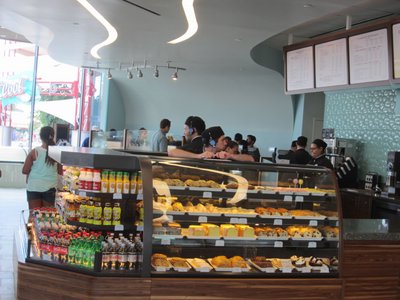 Most items in the pastry case are standards Starbucks issue. 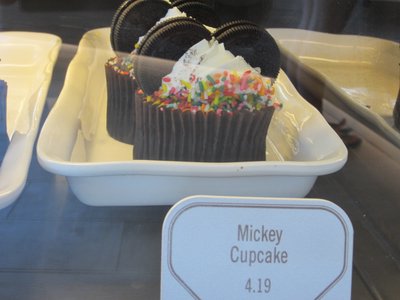 However, one Disney-specific pastry is this Mickey Mouse cupcake.  Looks good.

Some folks have decried the introduction of Starbucks into Disney World as a move of over-commercialism.

However, it is important to remember that most of Disney, including the iconic Main Street, is plastered with corporate logos. Many shops on Main Street and many pavilions in Future World and World Showcase are propped up by corporate sponsors.

Just a few examples that come to mind include:

If I took a few minutes I could probably come up with ten more,  but you get the idea…

Should Disney have converted the Fountain View into a Starbucks?