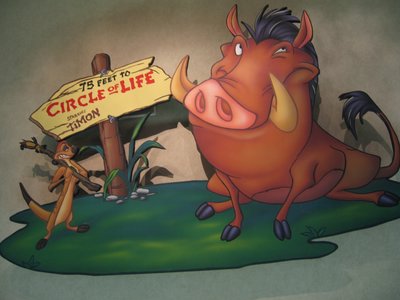 A Walt Disney World vacation can be intimidating in its complexity. Each of the parks has its own quirks and a group’s plan of attack must adjust to meet those of each one. There are at least five Epcot touring tips that everyone needs to know before visiting Epcot. In this article, we’ll detail every one.

First, it’s important to know that Epcot (which originally stood for Experimental Prototype Community of Tomorrow, but now has become something of a word on its own) is the most grown-up and second largest of Disney World’s parks. Due to its size and the relative depth of the attractions here (which attempt to strike a balance between entertainment and education), visitors are encouraged to develop a touring plan that includes lots of walking and waiting in lines. These are both simply realities of Epcot. The park sprawls across two major sections, Future World and World Showcase. There is a monorail that guests can use to get a quick overview of most of Future World, but the vast World Showcase is a journey to be made on the hoof. The park is laid out in the same way that a touring plan should follow, with Future World (which opens about two hours earlier than World Showcase) out front and World Showcase (which closes about two hours after future world) out back.

Next, we review the earliest riser first. Future World is awash in futuristic rides, as visitors might expect. To begin with, there’s Spaceship Earth, a ride that circumscribes the interior of Epcot’s famous geodesic sphere, treating guests to scenes from mankind’s greatest advancements in communications – from computer networks all the way back to cave paintings. This ride’s location near the entrance means it’s overflowing with visitors early in the day, and may be better revisited later when the lines are almost guaranteed to be shorter. Innoventions East and West is a major diversion with walk-through tech exhibits thanks to corporate sponsorship intent on showcasing products that are just around the corner. Nearby, the Sum of all Thrills is an innovative attraction where you can design and then ride your own roller coaster via a ride simulator. Similar to this ride but with an added kick is Mission: SPACE, with both ‘orange’ and ‘green’ versions of the ride (one with spinning in the simulation, one without). Remember, Epcot attractions have about 40% less sugar than those in other Disney World parks.

Tip #3 – Plan Time To Visit All The Countries

Epcot’s back forty are occupied by the World Showcase, which is intended to be a year-round world’s fair. It’s definitely more geared towards adults than kiddies, and many young’uns might find it boring, but adults enjoy receiving stamps on their ‘passports’ at each of the dozen countries’ pavilions – especially while enjoying food and adult drinks native to each country along the way. However, there is a very imaginative but grade-school-geared Kim Possible World Showcase Adventure that sends kids on a scavenger hunt through World Showcase with the use of portable Kimmunicator devices that’ll keep tykes going while mom and dad sample world cuisine and culture. The Mexico Pavilion, for one, features incredible recreations of Maya and Aztec pyramids that are overlooked if guests don’t stop to inspect. Similarly, the Norway Pavilion has a stave church that guests can enter and explore, as well as intricate architecture all about. The Japan Pavilion is made to resemble buildings in Nara (one of the ancient capitols of Japan) and is never over-the-top. In plain view of this Japanese Pagoda is the Eiffel Tower in Disney’s France Pavilion, rated the best of them all in the World Showcase, and features a highly Imagineered film called Impressions de France.

A major and often overlooked feature of Epcot is its live entertainment, of which there is much more than in other parks of similar size. For starters, there are shows all around World Showcase, which includes the ensemble of ‘street performers’ who put on impromptu shows all around the various pavilions throughout the day. For instance, there are a host of acrobats at the China pavilion, a Mariachi squad at Mexico’s, and Taiko drumming at Japan’s. Other impromptu performances feature the noise and funk of drumming custodians at Innoventions Plaza and near the front entrance. There are also several lunch and dinner shows featured at the restaurants in the Showcase, including belly dancers in the Morocco Pavilion and a traditional Beer Garden band in Germany. The America Gardens Theatre, close to the American Adventure, features minor celebrities from around the world (appearances are intermittent; it pays to call ahead and find out who’s scheduled for when). Also, at several points during the day, the Innoventions Fountain Show takes place, which is sort of the Disney version of Las Vegas’ Bellagio fountain show.

Tip #5 – Top Off The Day With Fireworks And Lasers

The crown glory of Epcot is the IllumiNations spectacle. This well-orchestrated feature presentation is a true tribute to man’s creativity. All this is projected on a huge, spinning globe that at the finale, when the fireworks are at their most impressive point, opens like a Tobler chocolate orange to reveal its beauteous insides. This spectacle is the capstone on every day at Epcot, and the guests rightly take it as their cue to high-tail it out of the park. Planning an exit strategy is key at this point; the lodgings a group has taken make all the difference. If, for example, they are staying at an Epcot resort, for maximum exit potential they may choose to watch the show from American Adventure and leave via the nearby International Gateway exit and shuttle their way back. Or, if a car is in the equation, savvy vacationers will want to watch the spectacle from the relative distance of Future World, close to the exits. IllumiNations is a sight to behold, but so too will be the stampede that ensues immediately after its culmination. It might help to have everyone in the party pretend they’re being pursued by velociraptors, and the only safety is back in the car.