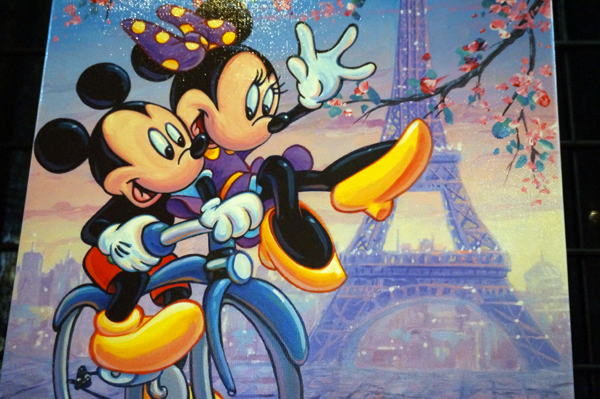 When Epcot was struggling to boost attendance in the off-season, Disney decided to find a way to entice people to visit. They did this by creating the Epcot International Flower and Garden Festival in 1994. It runs in the springtime while kids are still in school, which was a slower time for attendance.

It was so successful that a year later, the International Food and Wine Festival began. This festival runs in the fall and typically begins with kids go back to school. Again, when school is in session, attendance tends to drop at Disney World.

But there was still a void. January and February tend to be slow months for all businesses. Families just spent their budgets on Christmas presents, the kids are back to school, and adults are watching their wallets – and their waistlines.

But Disney has a solution!

This festival will bring together everything you love about the other festivals into one. Your eyes will appreciate the visual art, your taste buds will feast on culinary art, and your ears will enjoy the performing arts.

Disney is hoping to fill the void between Christmas and spring break when crowds are typically lighter using their playbook from the past. From Friday to Monday January 13th to February 20th, you can see displays from historical artists like Mary Blair, who worked on Disney films like Alice in Wonderland, Song of the South, Cinderella, and Peter Pan and created art for it’s a small world and Mexico, and Herb Ryman who drew Walt Disney’s ideas that eventually became Disneyland. Herb also contributed to Jungle Cruise, Pirates Of The Caribbean, Great Moments with Mr. Lincoln for the World’s Fair, The American Adventure, and the China pavilion. Work from current artists like Joe Kaminski (famous for his character art) and Costa Alavezos (known for his pencil sketches) will also be on display. Not only will you see finished pieces, but local artists will demonstrate the creative process live on site. With new art every weekend, the entertainment won’t get old even for locals.

In addition to the art displays and demonstrations, there will be Food Studios (kiosks) around Future World and World Showcase to do what put Epcot on the foodie map and keep the foodies coming back. Photos released by Disney picture such things as a cookie made to look like an artists’ paint palate and something that looks like painted pop tarts on artists’ easels.

There will also be live Broadway talent at the American Gardens Theatre Stage. On January 13th to 16th and 20th to 23rd, Ashley Brown and Josh Strickland (who played Tarzan) will perform songs from Beauty and the Beast, Tarzan, Mary Poppins, and The Little Mermaid. January 27th to 30th and February 3rd to 6th will bring Kerry Butler and Kevin Massey to the stage for performances from Beauty and the Beast, Tarzan, Newsies, and Aladdin, and February 10th to the 13th and 17th to the 20th will bring Kissy Simmons and Alton Fitzgerald White for Lion King, Aida, Aladdin, and The Little Mermaid performances.

The International Festival of the Arts sounds like it’s going to be a lot of fun, and it sounds to me like it will be more kid-friendly than the other Epcot festivals. While you can be sure that there will be spirited libations served up at the food kiosks, this isn’t the concentration of the festival. What’s more, kids may not appreciate floral displays and topiaries as much as adults. Art, especially the performance and live display kind, is probably of more interest to the younger demographic who has, up until this point, been largely ignored by the Epcot Festivals.

All of this is, like the other Epcot festivals, included with park admission. It’s almost like getting a free bonus of entertainment!

Does Epcot need another festival?