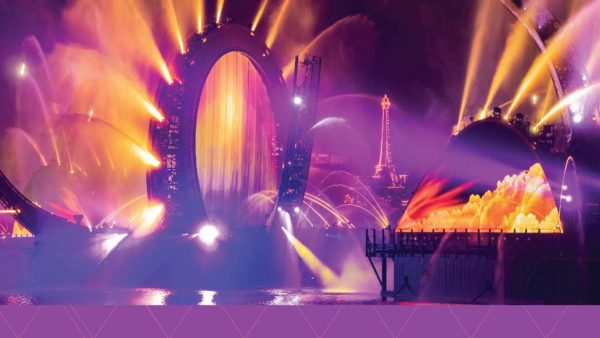 EPCOT Harmonious – A Look Behind The Scenes (Video)

We are just about two months away from the October 1 kickoff of Disney World’s 50th Anniversary celebration, and lots of new offerings, including the new Disney Enchantment nighttime spectacular at the Magic Kingdom, new Magic Kingdom cavalcades, the Fab 50 statues, the grand opening of Remey’s Ratatouille Adventure, and Disney Kitetails at Disney’s Animal Kingdom.

On October 1, 2021, we will see the first performance of Harmonious, the new EPCOT nighttime spectacular – which just happens to be one of the largest such shows ever created for a Disney park.

The show will be based on three chapters and will be a celebration of our world and its promises, exploring how cultures have inspired Disney films and music.  It will include music from Moana, Aladdin, The Jungle Book, Mulan, Brave, and The Hunchback of Notre Dame.

Let’s take a look at how Disney Live Entertainment and Walt Disney Imagineering are preparing for the show’s opening night:

Looking forward to Harmonious on October 1?