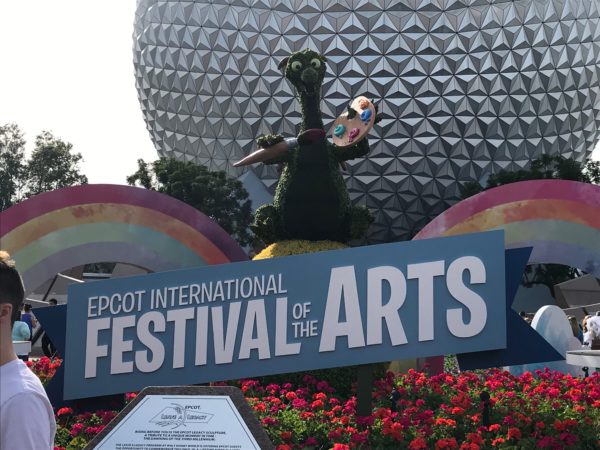 Epcot International Festival of the Arts Returns for 2020

Disney has announced that the Epcot International Festival of the arts will return in January 2020 in Epcot’s World Showcase.

This fun festival debuted in 2017 and brought a festival event to the winter season. It celebrates culinary, visual, and performing arts through concerts, art performances, workshops, and art signings.

One of the major events of the festival, Disney On Broadway Concert Series, which brings Disney on Broadway stars to the America Gardens Theatre in the American Adventure Pavilion to perform some sing-along-worthy songs from some of your favorite award-winning productions. These concerts take place nightly, and admission is included in your admission! However, seating is limited in the theatre.

The festival begins January 17th and runs through February 24th.

It’s not just festival offerings that winter-time guests will enjoy though! Disney will debut Beauty and the Beast Sing-Along in France, Canada Far and Wide in Circle-Vision 360, and Awesome Planet in The Land Pavilion in Future World. Plus, Epcot Forever, which arrives in October as a temporary placeholder for IllumiNations: Reflections of Earth, will be an experience not to miss since it has a limited engagement telling the story of the past, present, and future of Epcot with fireworks, music, lighting, lasers, and special-effect kites.

Is Festival of the Arts a good addition to Epcot’s Festival lineup?