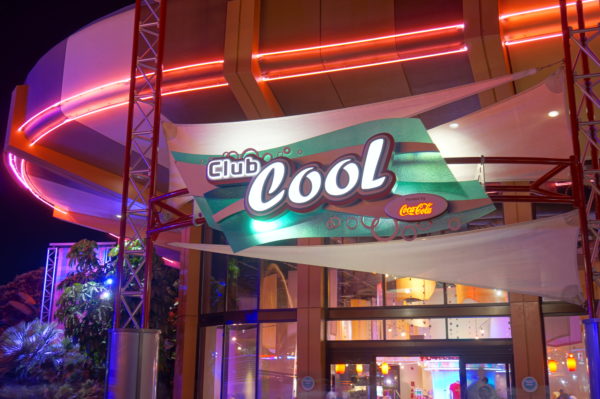 Epcot will experience the same kind of massive closings ahead of a major renovation. Some iconic and some favorite park attractions will be closing permanently or temporarily, and some will be moved to an interim location while construction is completed.

Today we’re going to take a look at specific locations, though we have very few specific details about any of the locations.

Back when Disney announced that Epcot was next in line for a renovation, one of the first pieces of information they released was concept art for the new entrance, which would include a new fountain, plenty of greenery, benches, a beer garden, and a permanent festival center. All of this is scheduled to be open by 2022.

Some of the entrance changes are happening already. Most notably, half of the giant monolith structures have been removed. The other half will be removed shortly.

Epcot is very much like two theme parks in one. Future World is supposed to be home to science, technology, and engineering advancements, but, like Tomorrowland in Magic Kingdom, it has quickly become outdated. The problem was magnified, though, because many of the attractions had sponsors. When the sponsors pulled their support, attractions had to close. This has left certain parts of Future World completely empty.

A prime example of this is Innoventions. Innoventions West closed in 2015, and Innoventions East, which is a shell of what it used to be with only Colortopia inside, which will close in the near future. The West Pavilion will be completely demolished, but the East pavilion will only be partially removed. What is currently the Electric Umbrella and MouseGear will be staying.

Electric Umbrella is a very popular quick-service dining location because of the variety of food they offer and because it is one of the only counter-service locations that still has self-serve fountain drinks. We found out a while ago that Electric Umbrella would be closed during the construction, but now we have a likely timeframe; hours for the restaurant are only listed through November 23, 2019. It’s unclear whether Electric Umbrella will reopen in any form or whether it will be completely replaced, but the building will remain a restaurant.

Club Cool will also close September 7th, and while it won’t have a temporary location, it will likely return in a new location.

Club Cool may be the most popular place to get a drink in Epcot, but Fountain View is a close second as the Starbucks location for the park. Fountain view will be closing for renovations and will be temporarily located in The Odyssey. No closing date is scheduled, but Disney is saying late fall.

Another huge change will happen to the Fountain of Nations, which will close permanently on September 8th of this year. Fountain of Nations is something of a park icon. The only solace here might be found in knowing that the first concept art for the renovation showed a new fountain leading to World Showcase Lagoon.

World Showcase is the second section of the park, and it even has its own entrance. In fact, Epcot is the only Disney World park with two entrances! The International Gateway will remain an important part of the park since it will be the access for guests riding the new Disney Skyliner, which is currently under construction and will be opening soon.

Many things are closing, but that means new things are coming – in the long term and the short term too!

A new space-themed restaurant will open next to Mission: SPACE. The restaurant, which was part of the teaser at D23, is already under construction.

The Guardians of the Galaxy Rollercoaster is also already under construction and will replace Ellen’s Energy Adventure inside the Universe Of Energy Pavilion.

Wonders of Life Pavilion will be renovated to include Zootopia and Wreck-It Ralph attractions.

Over in World Showcase, Ratatouille will join the lineup of Disney IP attractions coming to this section of the park. It will be, appropriately, part of the France pavilion.