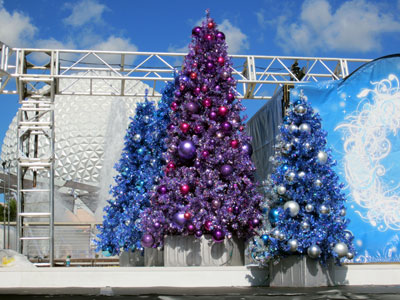 When people think about Christmas decorations at Walt Disney World, they usually think about the Magic Kingdom first. The garland on the Victorian buildings of Main Street and the shimmering Cinderella Castle Dream Lights are amazing.

Others think about the Osborne Lights at Disney’s Hollywood Studios – a dancing and magical spectacle that is a “must see” for many families.

Let’s take a look at some of the Christmas decorations around Epcot: 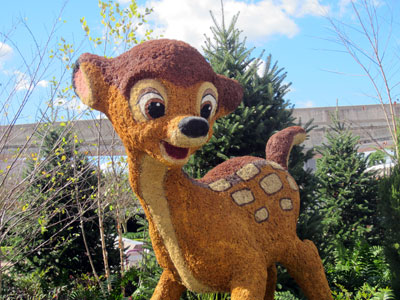 This cute Bambi topiary greets you at the entrance to the park.

Flashy Christmas trees on the set of the Joyful show. 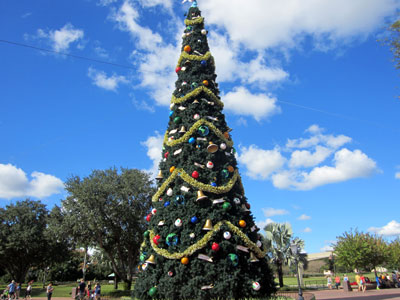 You can see this huge Christmas tree near the entrance to World Showcase. 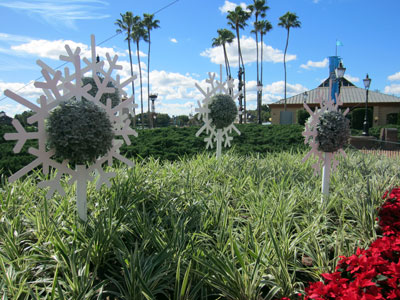 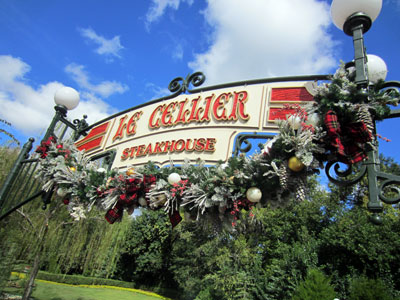 Canada adds some garland with touches of red. 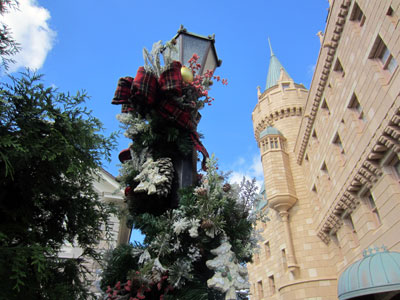 Hotel du Canada (based on the Château Laurier in Ottawa) looks great. 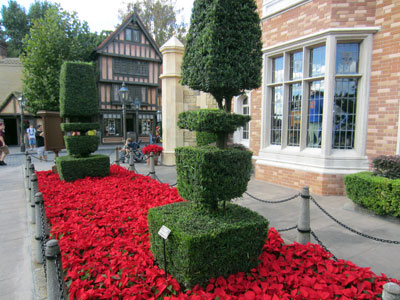 Plenty of poinsettias in the United Kingdom. 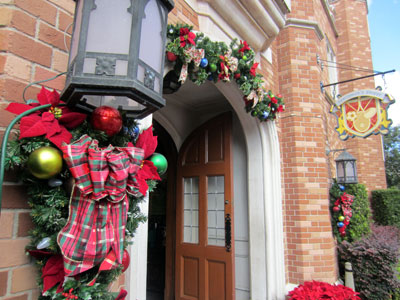 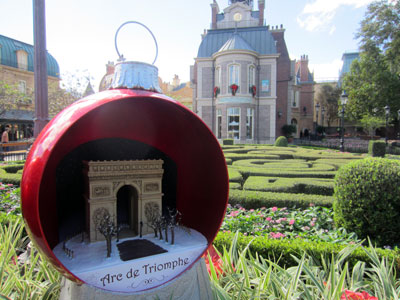 I think these Christmas ornaments in France might be new. 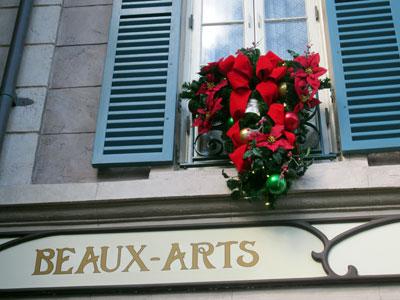 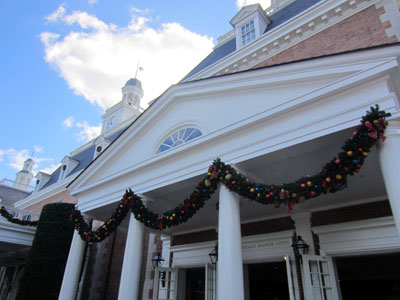 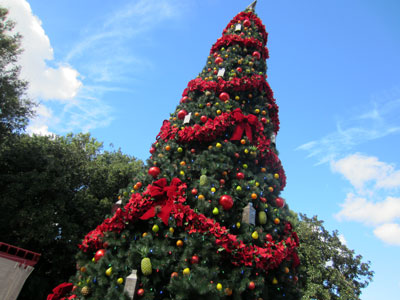 Here is a huge Christmas tree in Santa’s Village near the American Adventure. 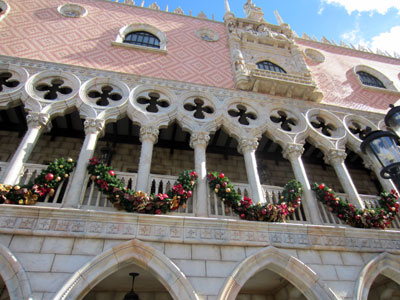 The buildings in Italy are decked out for Christmas. 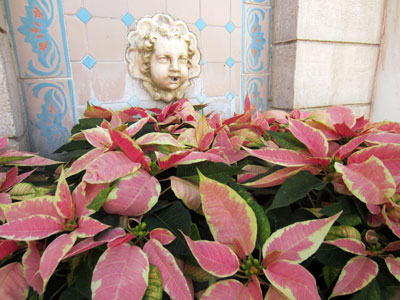 These light pink poinsettias around Italy are stunning. 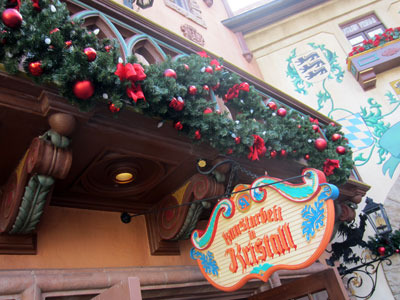 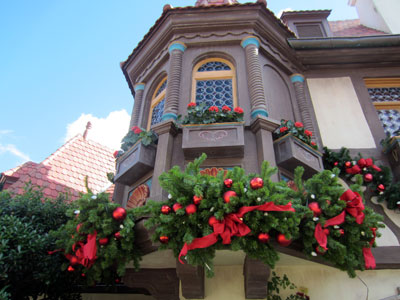 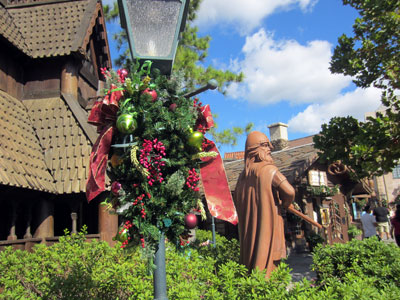 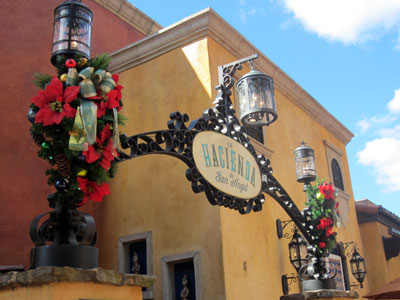