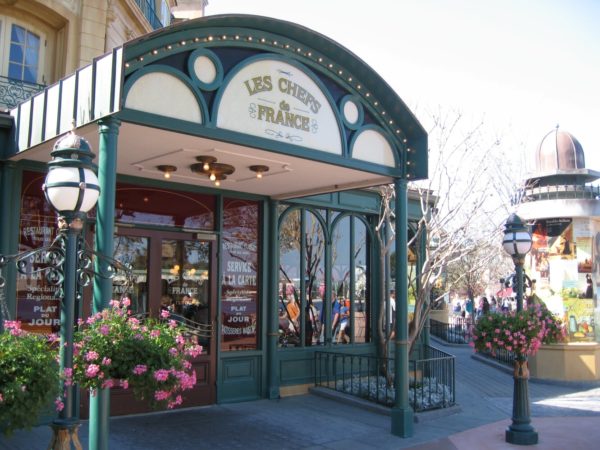 Les Chefs in the France Pavilion.

Scott Joesph’s Orlando Restaurant Guide announced the retirement of Chef Bruno Vrignon. Vrignon is the current executive chef of the restaurants in EPCOT’s France Pavilion and has worked at the Pavillion since EPCOTs opening in 1982.

The announcement of Vrignon’s represents another day of transition for EPCOT.

Earlier this year, the Disney Cultural Representative Program was suspended, sending the Cast Members back to their home countries. These Cast Members have yet to return, and currently, there are no plans to bring them back to Florida.

When EPCOT re-opened in mid-July 2020, the World Showcase was absent of the native Cast Members, certain festival food booths (although it was labeled as the International Food and Wine Festival 2020), and a number of their main restaurants were closed.

Eric Weistroffer, manager of the company that runs the restaurants in France, said that park attendance numbers have not been high enough to reopen all culinary operations.

Source report that Weistroffer has noted that Disney does plan to reopen Chefs de France and Monsieur Paul, but there is no reopening date yet.

We would like to thank Chef Bruno Vrignon for his contributions to the Walt Disney World community for so many years.

Did you ever enjoy a fine meal in EPCOT’s France Pavilion?