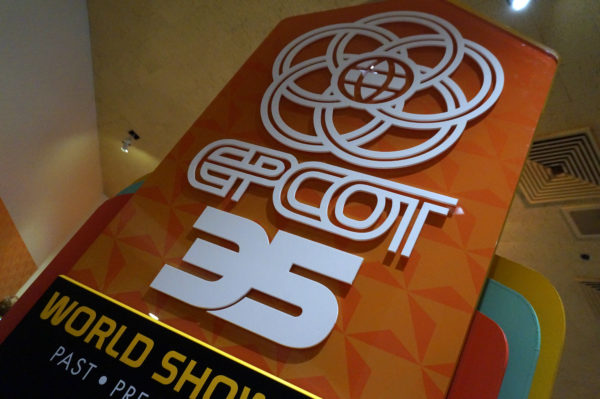 On Sunday, October 1, 2017, Disney celebrated the 35th anniversary of the opening of Epcot.  Where has the time gone?

Let’s look at some of the fun events of the day, which brought in big crowds and big lines.

Disney execs made a few short speeches, appropriately honoring Disney Cast Members, honoring the history of the park, and looking toward the future (hello Ratatouille and Guardians of the Galaxy).

Disney offered plenty of “one day only” merchandise – much of it featuring Figment and some of the colors and designs that reflect back to 1982 and the opening of the park.

Disney wrapped up the day with a special tag on Illuminations: Reflections of Earth.

It was a warm and crowded day, but there was a special excitement in the air.  People seemed to have a great time enjoying all that Epcot was and is, and perhaps dreaming a bit of what might come to be.

Epcot after 35 years:  Are you still a fan of the park?