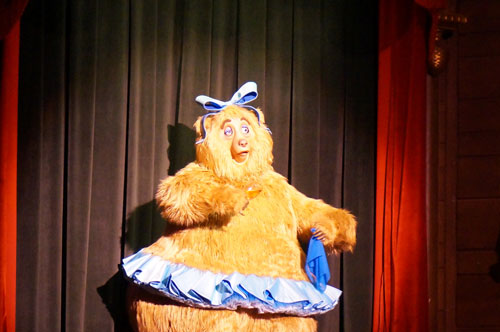 Eight Disney Parks that Never Were

After Disneyland opened in 1955 to huge crowds and very successful profits, Walt thought other Disney ventures might be a good idea. Some of these parks were actually conceived by Walt Disney himself and others were revivals of his ideas while still others came later on after his passing.

Here are eight Disney Parks that never were.

Walt Disney’s Riverfront Square was intended to be Walt’s second park. It was appropriately to be located in Saint Louis, Missouri. Walt came to Marceline by train when he was five years old, and Missouri held a special place in his heart.

However, Missouri didn’t exactly have the climate that California has, so the park was to be indoors with a ceiling that would change with the time of day. It would host attractions having to do with Missouri’s history including Lewis & Clark, Davy Crockett, and Meramec Caverns plus an early version of the Pirates Of The Caribbean attractions. There would also be a restaurant overlooking the Mississippi River.

The 1960s Olympics held in California brought an increased interest in skiing to the state. Walt decided that a ski resort would be a great addition to the Disney Parks Family. This year-round resort would center around skiing but also have attractions and recreation on 15,000 acres in partnership with the United States Forest Service.

When Walt proposed the idea, environmentalist groups opposed it citing that it would hurt the state’s natural resources. Walt said that he would encourage guests to walk or bike instead of drive, but the opposition combined with the state refusing to finance the infrastructure required to accommodate the influx of people tabled this idea.

It was revived after Walt’s death with an idea for Independence Lake in 1978 and Yosemite in 2000. As of yet, a Disney Ski Lodge has failed to come to fruition.

We all know the story of the Florida Project when Walt pushed to create a park in sunny Orlando. Did you know that this park could have been in New York City? That’s right! Walt first looked at the Big Apple for his east coast park. He even secured a deal with NBC to finance the project, but before he could get his park underway, a former Disney employee opened “Freedomland” in the Bronx. Taking a note from the Walt Disney playbook, he included American History attractions themed after cities like New York, Chicago, and San Francisco. After just four years, the park went bankrupt and closed down. It looks like Walt got the last laugh with this one!

If WestCOT sounds a lot like Epcot, you’re on to something! WestCOT was set to open in Disneyland’s old parking lot in Anaheim, California and take ideas from its east coast inspiration. The Seas, The Land, Journey into Imagination, Spaceship Earth, and even World Showcase were going to come to California!

All of these things were big attractions that would have taken a lot of money, and Disneyland Paris was already under construction and taking a lot of Disney’s budget. Instead, California Adventure was built in the intended spot.

Long Beach, California was also about to receive a Disney Park. Announced in 1991, this marine-inspired park was to be called DisneySea. It would include an aquarium and an education center based on mythological locales and characters including Atlantis and Ulysses. It would also serve as a central dock for Disney Cruise Line with shuttles to and from Disneyland to easily and conveniently combine a land and sea vacation.

Unfortunately, this project proved to be more costly than it was worth with over one third of its slated property still underwater. What’s more, the Long Beach Freeway would have to be lengthened. Instead, Disney repurposed these ideas for an area in Tokyo Disney by the same name.

Was Disney considering a floating theme park? Actually, yes! In the early 90s, Disney World considered creating a theme park aboard a ship that would travel from port to port with stays lasting about two months each. This would bring the best of Disney to formerly un-Disneyed lands!

The entire ship would be dedicated to attractions, and employees would travel separately on a smaller cruise liner. Attractions would include some of the guest favorites from Fantasyland and Tomorrowland including Mad Tea Party, StarTours, It’s a Small World, and Space Mountain. There would also be a theater, interactive exhibits (think Innoventions Pavilions), and restaurants. What about the fireworks, you say? Disney had this covered! A barge would travel along too from which the fireworks would be launched.

For some reason, we don’t know, this idea never came to fruition. Instead, Disney Company decided to focus on an actual Cruise Line. Although I do love the current idea that has become Disney Cruise Line, a floating theme park would have been pretty cool!

It’s no secret that Walt Disney loved history and the American Dream. After all, he achieved it! Even after Walt’s death, his company continues to carry the tradition of educational and historical attractions.

Disney’s America, announced in 1993, was to be a 1200 acre theme park with seven themed lands including a small town state fair, a factory town, a farm, Ellis Island, and a Native American Village. It would be situated in Prince William County, Virginia, with the goal of attracting visitors from nearby Washington D.C., which attracts many tourists every year.

Although America’s history is quite interesting, it hasn’t always been the land of the free. Critics were worried about how Disney would deal with issues like slavery, the Civil War, and equal rights movements. Ultimately, Disney decided to abandon this park idea because of a huge cost combined with short season during which to recover their investment.

Australia almost saw a Disney destination in the early 2000s. Disney’s Wharf, mainly a marina, would include retail shops, hotels, and residential living areas. Fantasia Gardens would bring a feel of Epcot’s International Flower and Garden Show to the area year round while the residents enjoyed an arts center, a downtown area (like Disney Springs), and even a school!

Disney had plans for eight theme parks it never built.  Can you name them?