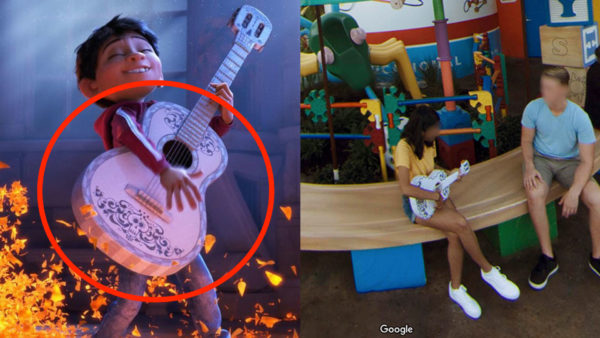 As Pixar has expanded their portfolio, their tradition of placing Easter Eggs in the films and shorts has also expanded as has their options. Their latest movie, Toy Story 4, includes references to every single Pixar film ever created.

Every time a new movie is released, fans scour the frames to find these so-called Easter Eggs that not only reference historical Pixar films and shorts but also what may be to come.

When Google Street View captured Toy Story Land, Disney planted some “Easter Eggs” in the land as a nod to Pixar’s tradition of placing Easter Eggs in their films and shorts. These hidden gems are subtle, but they’re lots of fun when you find them!