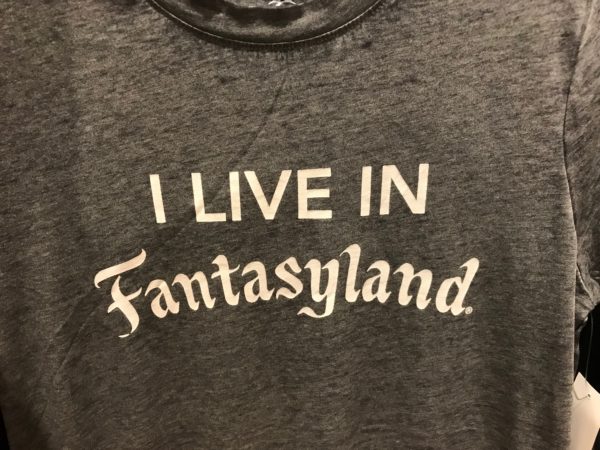 I live in Fantasyland tshirt

Do you love Fantasyland? Do you dream of spinning in teacups or flying to Neverland? Disney’s Early Morning Magic might be your wish come true!

From now through July, Magic Kingdom is opening its gates early on select dates for a limited-admission offering called Early Morning Magic. During this event, you will have exclusive access to select Fantasyland attractions, character meet and greets, and even a delicious breakfast!

Let’s check it out!

These select attractions will be open during Early Morning Magic:

Attractions are open for your enjoyment from 7:45 am until 9 am.

Cosmic Ray’s Starlight Café will host a breakfast buffet from 8 am to 10 am. The menu looks delicious!

Those attending Early Morning Magic hours between February 11th and March 3rd will get a special treat! Disney is celebrating Cinderella’s 70th Anniversary with special character appearances and a sweet addition to breakfast. You’ll also be able to meet Cinderella at Princess Fairytale Hall and ride Prince Charming Regal Carrousel!

Guests can check-in as early as 7:30 am at the far left side of Magic Kingdom’s Main Entrance. If you arrive after 7:45, you’ll enter the park and check-in at the Teacups Bridge. Have a ball until 9 am when regular admission guests will be admitted, but you can enjoy your exclusive breakfast until 10 am.

The cost is $89 for adults and $79 for kids ages 3 to 9 plus tax. Unlike After Hours events, you must also have an all-day ticket in addition to this cost.

Is it worth it?

Is Early Morning Magic worth the cost considering that you have to have an all-day ticket too?

I attended an After Hours event in 2018. My visit was complimentary (thanks to the nice folks at Disney’s Media Relations), but I can tell you that I would happily pay the hard-ticket price for Disney After Hours based on what I got.

The nice thing about the After Hours event was that guests didn’t also have to pay for a regular ticket.

So, if you absolutely love Fantasyland, this is probably a good deal for you. However, if Fantasyland is the end all and be all for you, you might instead want to attend an After Hours event, or plan to arrive at the park at rope drop on a day that there isn’t an Early Morning event.

Also, you do get a hearty breakfast, so factor that into your decision making.

Early Morning Magic: worth the cost?