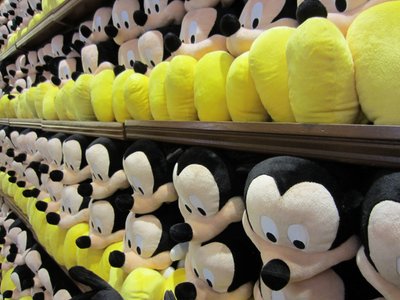 Fourteen years have passed since the opening of the last Walt Disney World theme park, Disney’s Animal Kingdom. This stretch from 1998 until today is the longest stretch between new parks in the mega-resort’s history.

Walt Disney World is growing ever more popular, and the dense crowds and long lines are enough to make Disney lovers dream of expansion. New attractions, new lands, new exhibits…all help to absorb some of the heavy use under which the current features of Disney World are laboring.

But what about the biggest expansion of them all – dare we dream about a brand new Disney World theme park?

Dream On, But It’s Not Likely

That certainly doesn’t mean that the Theme Park Division is getting ignored. Instead of building a new park, the heads of Disney are focusing on refurbishing current attractions and expanding current park areas. These projects include the renovated Test Track ride at Epcot, the new Cars Land at Disneyland Resort’s California Adventure, and most notably the enormous Fantasyland expansion at Magic Kingdom. There are also other exciting expansions on the horizon, such as the new Avatar-themed land that is planned for Disney’s Animal Kingdom.  And who knows how Disney’s purchase of LucasFilm might further change Orlando.

Expansions and refurbishment are important and exciting, if not quite as exciting as the thought of a brand new park. And Disney fanatics can hold on to the thought that, with all of the space that the company still has to play with on the Walt Disney World property, a new theme park is likely to happen somewhere down the road – perhaps when Bob Iger hands over the reins to his successor. If we do see a new theme park in the future, what effect is that likely to have on the resort as a whole, and how will the differences compare to adding new lands or attractions?

Since crowds and long lines are two of the greatest challenges facing Walt Disney World visitors, it is always to be hoped that new additions will help to improve those issues. However, new additions large or small are always going to attract visitors in greater numbers. If those visitors are flocking to a brand new park, it is likely to ease the burden on the existing parks at a resort. When Disney’s Animal Kingdom opened in 1998, attendance at Magic Kingdom dropped sharply that year, and attendance at all three older parks dropped noticeably in 1999.

However, expansions to existing parks is certain to draw more visitors to the existing space, infrastructure, and transportation systems. New attractions are likely to shorten some lines for other popular rides, but may increase the overall traffic as well as waits for restaurants and other existing facilities. “Expansion” into existing theme park space such as unused buildings or undeveloped pockets is also problematic – while it seems like an efficient use of space, it does not provide any new room for the new visitors that the expansion will attract.

Of course, Disney Imagineers are pros at this kind of thing. The new Fantasyland expansion, for example, not only expands the overall size of Magic Kingdom, it also provides new restaurants, eating locations, shopping, and character greeting opportunities that should take some of the pressure of many different aspects of the park, not just attractions.

We may have our own dreams and visions for the Walt Disney World Resort, but we can also be confident that the resort seems to be in good hands.

What do you think of 5th Disney park?