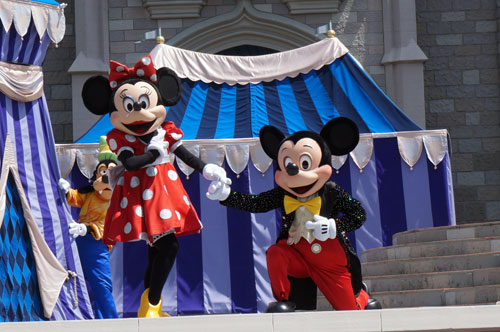 Remembering the ‘Dream Along With Mickey’ Castle Show

Dream Along With Mickey began its 10-year run on September 30th, 2006. This 20-minute show had up-beat music, a fun story line, and all of your favorite Disney characters including Donald Duck as Captain Hook and Goofy as Mr. Smee. It also had its last curtain call on April 2nd, 2016.

The show was really great, and there were many things I loved about this show.

Here are five interesting things about Dream Along With Mickey.

The other songs in the show were catchy, and you’d be sure to be singing them after the show was over!

The show borrowed elements from Tokyo.

Disney has a lot of characters we love to hate but the star villain in this story was Maleficent.

Mickey says he’s going to make everyone’s dreams come true since Donald doesn’t believe in dreams. Soon, Mickey finds out that Donald and Goofy as Hook and Smee respectively; are working for Maleficent who wants to make Disney World the “Place where Nightmares come true.” Mickey leads his friends and the crowd to defeat Maleficent and her accomplices in the end!

We all love Donald Duck. He’s the original angry bird, and he gets to be true to himself in this show! He’s skeptical that dreams can come true, complains about the romantic scenes with the Princesses and their Princes, and works with Maleficent and Goofy to not only prove dreams don’t come true, but that nightmares do. 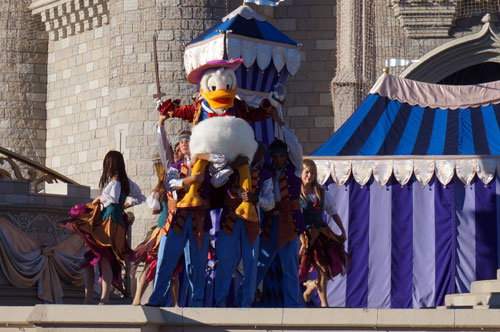 Donald makes a fun appearance in the show.

Until Dream Along with Mickey debuted in 2006, character heads didn’t have moving parts. This show included the first articulating character heads! Mickey, Minnie, Donald, and Goofy could now blink their eyes and move their mouths along with the words in the script. This may not seem like a big deal to us today since we’re now talking about characters who can not only talk but know our names, but this was a big deal 10 years ago! 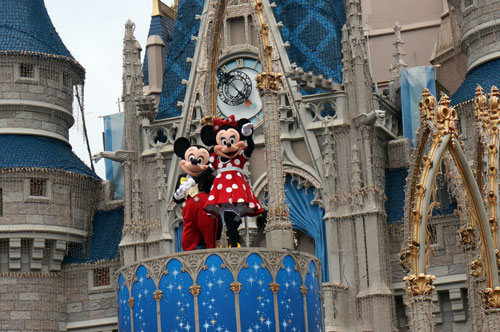 The show pushed character technology to a new level.

Dream Along with Mickey had two false endings and one grand finale. Just when we thought the show was ending, the music rose again and again, and Minnie and Mickey finally began their ascension atop a large tower. The crowd chanted, “Dreams do come true! Dreams do come true!…” and fireworks blasted off in the background. 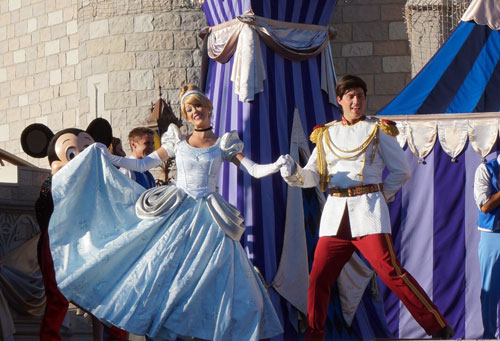 You get to see plenty of characters in the show.

Have no fear, though! Magic Kingdom will launch a brand new show in front of Cinderella Castle this summer!

Mickey and his Merry Makers are planning a party and want to invite their friends from all around. Goofy, Donald and Daisy, and Mickey invite Tiana, Naveen, and Louis from Princess and the Frog, Rapunzel and Flynn Rider from Tangled, and Olaf, Anna, and Elsa from Frozen,  respectively. The show promises to be an interesting mix of classic Disney, New Orleans Jazz, and icy magic ending with a grand dance. It’s also said that the new show, called Mickey’s Royal Friendship Faire, will feature an original song and some very special effects!

Were you a fan of the ‘Dream Along with Mickey’ castle show?