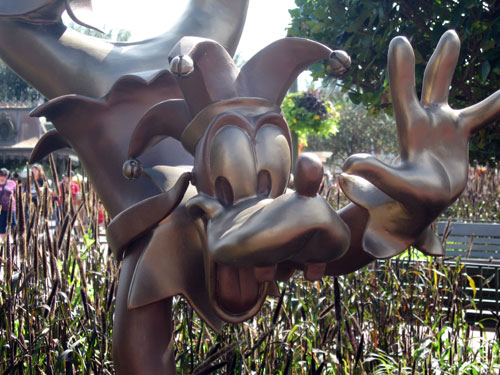 Three Drawbacks to the Slow Season at Disney World

When you think of a Disney World vacation, you might immediately think about huge crowds, hot weather, and high prices. That makes sense. That is the typical Disney experience.

While it might seem hard to imagine when you are caught in a crush of hot, sweaty people after a performance of Wishes in July there are times when Disney world is less crowded. Things at Disney World can be very different during the slow season.

For some folks, visiting during the slow season isn’t an option due to their schedules. For others, it just might not feel like a proper Disney World vacation.

Let’s take a look at some drawbacks and advantages of visiting during the slow season.

What is a Slow Season?

During a slow season, the crowds are smaller (notice I didn’t say small but smaller) and sometimes rates at Disney resort hotels are lower (notice I said lower and not low).

When is the Slow Season?

There are no official definitions, but most people say that there are generally three slow seasons at Disney World, which generally take place when kids are in school:

That said, Disney is getting better and better about increasing the crowds during the slow seasons. They run the Epcot International Food and Wine Festival in October, the Walt Disney World Marathon in January, and the Expedition Everest Challenge in May. See how these events line up with the slow seasons to bring in more people?

What are the Drawbacks?

Unless you live in the tropics, Florida will probably be warmer than your home town in the winter months. Usually the winter weather in Florida is really nice. It may be cool in the early morning and evening, but it typically warms up during the day when the sun comes out. However, Central Florida has a sub-tropical climate, not a tropical climate. That means in can get cold, and there are occasionally even a few days in the dead of winter when it freezes overnight.

In the end, you might have to wear a hat and gloves, at least during certain parts of certain days.

When crowds are smaller, they also tend to move more slowly. You might experience a somewhat laid-back vibe with less energy and hustle.

In the end, you might have to accept a less energized environment.

During the slow times of the year, the parks may close much earlier than you would expect. Some parks will close as early at 7pm. In addition, Disney generally tends to schedule refurbishments during the slower seasons. You might find that some of your favorite attractions are down for repairs.

In the end, you might have to find extra entertainment outside the parks after the close early.

Ok, But What Are the Benefits?

You could also look at any of the drawbacks listed above as benefits. Not into the typical, burning-hot weather that is Orlando in the summer? You might really like the temperatures in January and February. Don’t enjoy huge crowds? You might like a slightly slower pace. Early bird? The shorter operating hours might not bother you one bit.

In addition, the lines for attractions will generally be much shorter so that you can see and do more even when the parks are open for fewer hours. You will probably have a much easier time getting Advanced Dining Reservations. You might even be able to walk into some table service restaurants without a reservation at all, if you can imagine that!

Do you like visiting Disney World during the slow seasons?