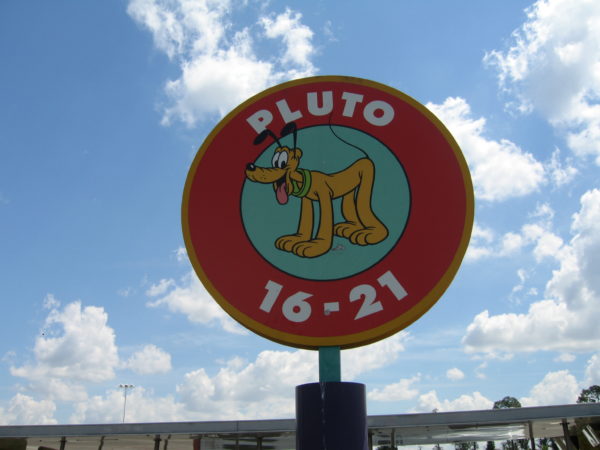 Seven Reasons Not to Leave Disney World for Food

Once you are on Disney property, you don’t really need to leave the “Disney bubble” for any reason.  However, you might choose to do so.  You might want to explore the beaches, other attractions (Universal who?), or save a bit of money by going grocery shopping so you can have an inexpensive breakfast in your resort room each morning.

Some people think it is cheaper, and maybe even faster, to leave Disney World to visit other restaurants.  Personally, I don’t think that is necessarily the best idea.

Let’s take a look at seven reasons why you shouldn’t leave Disney World for food.

Disney plans everything down to the smallest detail including food. Selections at each restaurant are carefully selected and whole menus and restaurants are themed. There is magic around every corner. For instance: dining at the Skipper Canteen in Magic Kingdom‘s Adventureland will not only give you a chance to step into the Jungle Cruise story, but you’ll even get to know a member of the Society of Explorers and Adventurers.

You see, a vacation to Disney World allows you to escape reality for a bit. When you leave property, you bring the real world into your magical vacation, and I don’t know anyone who would voluntarily do that!

As I mentioned, everything is carefully themed to fit in the land that you’re in. If you’re in Tomorrowland and you head to Cosmic Ray’s Starlight Café, you’ll have entered the first Earth franchise of a Space restaurant. The food at this quick-service dining location is pretty standard fare for a fast food restaurant, but it’s severed in a very special environment.  You can get chicken fingers, fries, burgers, or a hot dog, but my favorite is the Rotisserie Chicken. While you eat, you’ll enjoy the stylings of Sonny Eclipse, the resident lounge singer. He has eight original songs and some pretty corny jokes that are sure to entertain the whole family.

There’s something for everyone when it comes to food and entertainment.

If you’re looking for something a little fancier, try Cinderella’s Royal Table inside Cinderella Castle. You’ll get to meet all of your favorite Disney Princesses, and dine in one of the most opulent places in all of Disney World.

Are you more retro? Try the Sci-Fi Dine In Theater in Disney’s Hollywood Studios. It’s like an old-time drive in complete with sci-fi movie clips showing on the big screen. Enjoy your meal under the stars in this dark theater while you sit in an antique car.

Orlando is a major vacation destination, so almost anywhere you go on Disney property or off will be busy. Disney isn’t the only thing in Orlando, so restaurants outside of Disney will be just as busy with not only vacationers but also locals especially during common meal hours.

It’s unlikely that you’re going to avoid crowds completely if you leave property. If you’re looking for a more relaxed pace, consider heading to one of the Disney resort hotels.

The Value Resorts have excellent food courts if you’re looking for something quick and affordable like Everything Pop at Disney’s Pop Century Resort or Landscape of Flavors at Disney’s Art of Animation Resort.

The Moderate and Deluxe Hotels have quick-service too and they also have table-service locations. Many of these resorts are close to the parks. For example, Victoria and Albert’s is one of the fanciest (and most expensive) restaurants on property, and it’s a short monorail ride away from Magic Kingdom to Disney’s Grand Floridian Resort and Spa.

Although you will have to have Advanced Dining Reservations for most table-service restaurants even at the resorts, the crowds are much lighter and the atmosphere is more relaxed than in the parks. It also won’t take you nearly as long to get there and back as if you left property.

You can also stay in the parks and avoid crowds by eating during off hours. Eat a late breakfast or early lunch or a late lunch or early dinner. Many restaurants are even open late into the evening, so you can eat late too. Crowds will be much lighter during these times.

Everyone always says how expensive Disney World is, and I’m certainly not going to argue that point.  However, even fast food restaurants are also expensive these days. Even a trip to Wendy’s is going to cost you at least $20 or more depending on how many people are eating and what you order. Plus you have to factor in the cost of gas to travel to the off property restaurant, and you’ll probably find that you’ll spend around the same amount.

There are even lots of ways to save money on food in Disney World. Portions at many of the restaurants – including quick-service – are huge. Remember that Rotisserie chicken I mentioned earlier? That’s HALF A CHICKEN! It also includes two sides. That’s plenty of food for an adult and child to share or even for two adults with light appetites.

If everyone wants something different or you kids don’t want to share, don’t order the combo meals, which usually come with tons of fries and a drink. You really don’t need all those fries, and you can order water, which is free.

Finally, if the budget is really tight, grab an Uber or Lyft from your resort to a local grocery store and pick up some food. Each room as a refrigerator, and many of the resorts have microwaves in the common areas. Pack some peanut butter and jelly sandwiches for lunch in the parks and make some popcorn at night for a snack.

With a little planning, you can easily afford food in Disney World.

If you are even thinking about leaving Disney World to find food elsewhere, that probably means you brought your own car or you got a rental car. Either way, it likely means you driving somewhere, which means you’ll have to park when you come back.

If you are super savvy and you got to the park early, you probably got a good spot close to the entrance. If you leave and come back, you’ll probably get a spot much farther away.

Remember too, that parks can reach capacity on really busy days and so do the parking lots. What if you leave and the lots are full when you come back?

Plus, it’s a lot easier to remember one parking spot number than two in one day.

Staying in the parks means you park your car once and forget about it until you’re ready to leave for the day.

It’s not just quantity that Disney food has going for it, it’s quality too. If you think that food in Disney World is going to be typical theme park fare, you’re only half right. Yes, they do have pizza, chicken fingers/nuggets, burgers, hot dogs, and French fries, but they also have things like sushi, nutella and fruit waffle sandwiches, and couscous at quick-service loations.

If you’re looking for quality, I’ll suggest skipping Disney’s pizza unless you go to Via Napoli in the Italy Pavilion in World Showcase, which is hands down the best pizza in all of Disney World.

However, the quality of even “fast food” items in Disney World will be better than what you’ll get at a local fast food restaurant or even some sit down restaurants.

Finally, and probably most importantly, if you leave Disney property to eat, you’re going to lose time. You paid a lot to be in the Disney Parks; why would you waste money leaving?

Don’t believe me that you lose a lot of time? Just think about everything involved – you have to leave the park (which takes anywhere from a few minutes to half an hour depending on where you are in the park), get to your car (which means catching a tram or worse walking to your car – another 30 minutes, leave the park and drive to the restaurant of your choice (which could, realistically, take an hour with traffic), eat (30-60 minutes), come back (an hour), park and go back through security (30 minutes), and return to where you were before you left (we’ll say 10 minutes).

These numbers may be generous, but in all you’re looking at at least a couple hours just to save a few dollars on off-property food. Isn’t your time in Disney World worth more than that? At most, you’ll spend an hour getting your food and eating especially if you choose a quick-service restaurant or if you have Advanced Dining Reservations.

Have you left Disney World to eat? Good idea?