So much of Disney World tells a story, and, dare I say, it can even be educational – but always in a fun and entertaining way.

The Inventor’s Circle, sometimes also known as the Discovery Tiles, is a great example; but many people walk by without ever spending a few minutes to explore it. In fact, they walk right over this history of invention and innovation. You see, it is built into the sidewalk.

The Inventor’s Circle is located in the Future World section of Epcot, between Innoventions and The Land. It was installed in 1998. In the pavement you will see circles that commemorate great innovations in the history of mankind, starting with prehistoric times and moving through the Middle Ages, the Renaissance, the Industrial Revolution, and the 20th Century.

Each circle contains the name of the invention, a year, and inventor’s name, if known.

It is fascinating to walk around, see the list of inventions, and, especially the years when they took place. You might be surprised that some inventions are so old.

Let’s take a look at some of the circles:

Remember how easy it was to learn your ABCs?  Thank the Phoenicians. 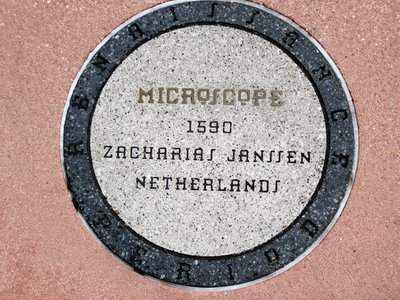 Say a thank you to Zacharias Janssen for inventing the microscope back in 1590. 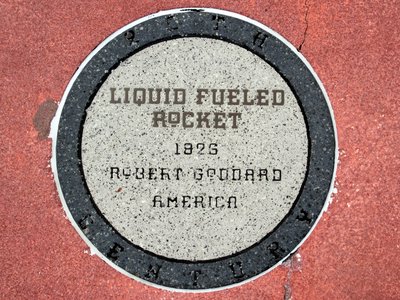 Can you believe that the liquid fueled rocket dates back to 1926? 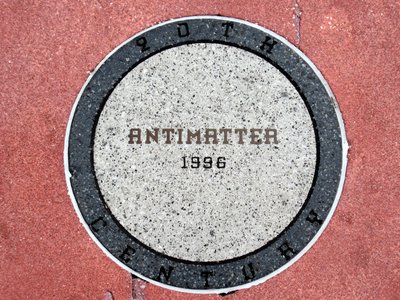 One of the most recent discoveries is Antimatter in 1996.
We don’t know who discovered it, but no matter…

Have you spent time looking at The Inventor’s Circle?