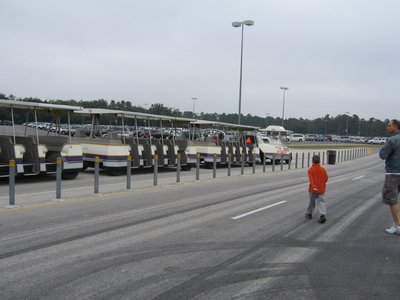 According to the Orlando Sentinel, one place they created some savings was on their property tax bill (Source).

Disney worked to reduce the value of their huge track of land in Central Florida – most of which is located in Orange Country.  The company put forward a major campaign to meet with people at all levels in the Orange Country government, from appraisers to top officials.  They worked to make the case that their land had become overvalued.

In the end, the Country agreed with Disney’s arguments.  They reduced the value of Disney’s Orange Country property by $35 million, which ended up saving The Walt Disney Company about $1.8 million in the past two years, and is expected to save them another $900,000 in 2012.

The property and buildings inside the Walt Disney World resort are appraised as some of the most valuable in Florida – and with four different theme parks, two water parks, and plenty of hotels and other buildings, they are appraised at about $1.3 billion.  That value does vary as facilities age, are improved, are added, or are removed.

Disney’s property tax supervisor sent an e-mail to the Country comparing Disney’s land to that owned by Universal Studios.  The land beneath Disney’s most popular theme park, the Magic Kingdom, is valued at more than $850,000 per acre – quite a bit more than compared to the land at Universal Orlando’s theme parks at $650,000.

The county agreed with Disney’s argument and reduced the appraisal value of the Magic Kingdom acreage by nearly $150,000 per acre.  They also reduce the water park acreage values by about $65,000 per acre.

Interestingly, the other major theme parks in Orlando – Universal and Sea World – did not receive any adjustments even through attendance had fallen at those parks while it had remained steady or had gone up at Disney.  Orange Country commented that the fact that the property taxes for Universal Studios and Sea World had not changed was irrelevant.

Orange Country also reclassified the land use of some of Disney’s acreage, including moving 140 acres of land near Disney’s Animal Kingdom to “non-agricultural,” a land use type that is valued at a lower rate.

Another significant factor in Disney’s reduced property tax bill was taking off $50,000 per acre in value for parking areas – making the new value $200,000 per acre.  That is a pretty big savings since Disney has nearly 400 acres of paved parking lots.  Universal Studios and Sea World received a similar break on the value of their parking lots.

Does Disney Have Too Much Influence – Or Is It Just Smart?

For all the talk of Disney’s influence, some of that power to me seems to be overstated.  After all, Disney can hardly threaten to relocate its business.  It is committed to Central Florida.  Local and state governments don’t want to worry too much about scaring Disney off.

As I see it, Disney is just being smart.  They are asking for changes to improve the state of their business. And in some cases they are getting those changes.