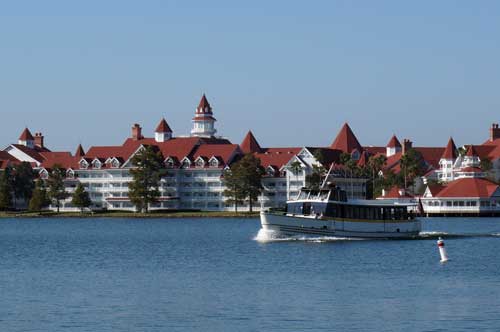 Disney’s Lifestyles of the Rich & Famous

Let’s face it, Walt Disney World is not an inexpensive vacation. Sure, a family can experience WDW on a budget (a qualified Disney Travel Planner can help with that…ahem, ahem!) but even with all of the latest and greatest cost-saving techniques, the average family will still have to save up for a while to afford a vacation to the Most Magical Place on Earth.

But what if you weren’t one of those average families? What if money was no object and you could plan your ULTIMATE Walt Disney World vacation.

You know, the kind Katie Holmes or Jerry Seinfeld get to take (I only chose these two because I saw them both in Walt Disney World in the past year!) There are TONS of WDW experiences that are both incredible and will cost you more than you’d ever imagine. Let’s take a look at Disney’s Lifestyles of the Rich & Famous.

Located in the ultra-luxurious Disney’s Grand Floridian Hotel, Victoria & Albert’s is one of only three Five-Diamond AAA-rated restaurants in the whole state of Florida. This place is very fancy-schmancy!

The Chef’s Table is so fancy, as a matter of fact, that a meal there includes ten (10!) courses and can take over three hours to experience!

The meal starts at over $200 per person and if you’d like to add a wine-pairing option, that’s going to set you back over another Benjamin (do the kids still call $100 bills Benjamins? I think they do!).

Men dining at this establishment are required to wear a jacket and tie (which is why I’ll never go…riiight, that’s why!) and all guests will be given a personalized menu to take home as a keepsake of their once in a lifetime dining experience.

This one is a little bit different than the paddle boats you are able to rent at several of the Walt Disney World Resort Hotels!

The Grand 1 is a 52-foot Sea Ray Sedan Bridge Yacht which can accommodate up to 18 guests for experiences like tours and fireworks cruises. A customized, private dining experience can be added to your cruise where you’ll be able to choose from a wide variety of foods that I more than likely would never be able to pronounce! Butler service is even available at yet another additional cost.

Imagine just cruising along Bay Lake on a yacht with your own private butler bringing you drinks and little hot dogs wrapped in bacon and puff pastry! This is one that I am fairly positive I’ll never be able to experience (especially with that Powerball money being claimed!) but a guy can dream, can’t he?!

As long as you’re not opposed to seeing how a little bit of the magic is made, the Backstage Magic Tour might just be for you. On this seven hour tour, you will get to go backstage at all four Walt Disney World theme parks and take some exclusive looks at things most guests will never get to see.

You’ll head underground at the Magic Kingdom and check out the world-famous Utilidors, get up close and personal with one of the guides at the Wild Africa Trek at Disney’s Animal Kingdom, and even get to go behind the scenes at the Twilight Zone Tower of Terror to see how Disney Imagineers designed some of the creepiest effects in Walt Disney World.

You’ll also experience lunch at one of Disney’s quietest restaurants, Whispering Canyon over at Disney’s Wilderness Lodge (ask for the ketchup if you go!)

As a former Disney Cast Member I’ve had the opportunity to see almost everything this tour has to offer firsthand, so if you are a little rich and maybe even a little bit famous, this is one tour you want to give some serious consideration to!

As the father of two girls under five years old, I’m thrilled with the Princess options that the Walt Disney World Resort offers. My girls can go to the Bibbidi Bobbidi Boutique to get their royal princess makeovers, can have a meal with princesses at Epcot’s Akershus, and can find princess meet & greets all over the theme parks.

This Perfectly Princess Tea, however, isn’t one we’ve had the joy of experiencing just yet. Your little princesses will have the opportunity to sip tea (apple juice) and dine with several of their favorite royal ladies in the Garden View Tea Room at the Grand Floridian. They will also get to leave with a My Disney Girl Doll dressed in a Princess Aurora gown to remember the occasion.

So if you want your princesses to have the ULTIMATE in Disney princess experiences, this one may be for you (please email me and let me know how it was!).

If you’ve been to Walt Disney World, you’ve seen them. Red plaid vest-wearing cast members who are guiding a group of people around the parks, skipping a lot of lines, not waiting to eat in crowded restaurants, and generally providing a once-in-a-lifetime experience for those who can afford it.

They are Disney’s VIP Tour Guides, and they are awesome!

These Cast Members will pick their groups up in a private vehicle from their resort and tailor the group’s entire day, including attractions, dining, and extracurricular activities, around the group’s preferences. They are some of the most knowledgeable cast members in Walt Disney World and are available for anyone to book (if you’re a little rich or famous, that is!).

These tours cost anywhere from $400 to $600 per person, per hour. And that is in addition to the theme park tickets that you will have to have bought in advance! So if you want the absolute, top of the line Disney experience, you might just have to have one of those Scrooge McDuck vaults from Ducktales in your house!

While all of these experiences are amazing, luxurious, and obviously the creme de la creme of Walt Disney World, anyone can still have an absolutely amazing and magical vacation without them.

Walt Disney World cast members truly go above and beyond for the guests, so in my opinion it doesn’t matter if you’re cruising on the Grand 1 or hopping aboard a Friendship Boat to tour around the World Showcase Lagoon, you will still have a wonderful experience no matter how you decide to “Do Disney!”

Is the Disney Backstage Magic tour worth $255 per person?  Have you tried it?
Leave your comments below!