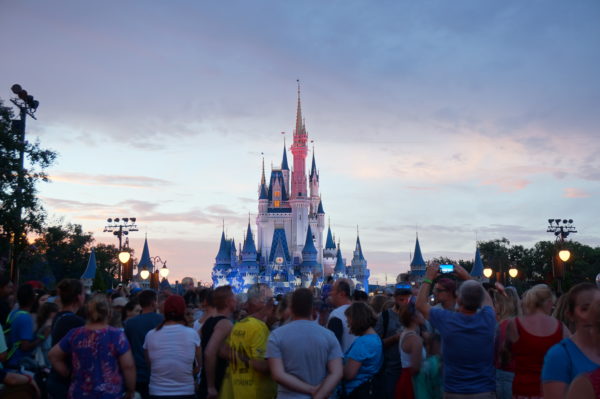 Back in August, 30 former Disney guests filed a lawsuit against Disney saying that their new policy for guests with disabilities including autism isn’t a proper accommodation.  They are stating that the previous policy, which Disney claims allowed for fraudulent access, was better because they didn’t have to wait in line and now they do.

Now, instead of moving to the front of the line when they are ready to ride, they have to reserve rides and use special access cards and even then, according to the plaintiffs, they still have to wait.

The courts ruled that the suit be heard in a trial.

However, Disney filed a petition asking for the courts to reconsider their decision. Why does Disney think the courts should reconsider? Let’s take a look at Disney’s response to the ruling.

Disney argues that meltdowns happen for a lot of reasons and not just because of waiting. In fact, according to Disney, those on the autism spectrum can be triggered by loud noises, bright lights, and large crowds, all of which also occur at Disney World and are often unavoidable.

Disney also says that not all plaintiffs’ disabilities are significant enough to be included in the complaint. Disney says that the court ignored former autistic guests who testified that they waited for up to 30 minutes without issue.

Disney says that the court’s ruling “assumes that Disney somehow has the ability, let alone the legal obligation to prevent meltdowns with instant and unrestricted ride entry.” What’s more, Disney says that they already comply with the Americans with Disabilities Act’s regulations. A Disney spokeswoman says, “Disney parks have an unwavering commitment to providing an inclusive and accessible environment for all our guests.”

Disney warns that imposing a standard at Disney World for accommodating guests in the way that the plaintiffs are requesting would effect other places where people have to wait including sporting events, restaurants, doctors’ offices, and movie theaters.

Disney petitions court to avoid trial on autism wait-times:  Should it go to trial?