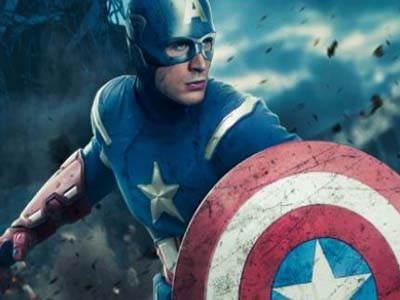 Back in 2007, before the global financial crisis and before Disney purchased Marvel, there were plans to build a Marvel character theme park in Dubai. Those plans seemed to stall, but are now back to life – but in a different way.

The combined Dubailand project, where all these new parks were to be located, was one of the largest development efforts ever proposed at a cost of more than $64 billion US dollars.

Marvel Was On Board Too

The original announcement made in May, 2008 called for a significant Marvel park. The new park was supposed to open in 2011 at a cost of $1 billion US dollars. It was to include characters like Spider-Man, The X-Men, the Incredible Hulk, and Iron Man – most of which would have their own major attractions. There were plans for 17 rides, 40 food locations, and nine retail outlets.

Since this was in the days before Disney purchased Marvel in 2009, the designs for this new mega-park were created by Chimera Design.

And Then Came The Meltdown

Universal Studios was an early adopter, announcing plans to build a park in April, 2007. Universal Studios planned to invest $2.2 billion in building three different theme parks grouped together in the same location.

The project began construction in 2008 but the economy forced the project owners to delay development. There has been no work on the project since 2009. The grand Universal Studios entrance gate is now just an entrance to empty desert.

The Dubailand web site still lists Universal Studios and Legoland as future attractions, but there is apparently no construction going on.

It actually seems that most of the grand plans for these new parks in Dubai stalled. But now some seem to be coming back to life.

Even though Disney now owns Marvel, it is being careful to position this new Marvel location in Dubai only as a licensing deal. Disney Imagineering is not involved in the design and development of the new park. The park is being designed by Rethink Attractions, a company based in Los Angeles and Orlando. Oddly, Rethink’s web site is a simple page that just says they haven’t had time to put a web site together. I guess if they putting together this new Marvel location, they must be really busy.

Disney is being careful to call this new Marvel location a “family entertainment center” and not a “theme park”.

The new Marvel Adventure is slated to open in 2013. At just 8 acres, it is just a fraction of the size of the Disney World Magic Kingdom which weighs in at 107 acres. Given the sizes, this sounds more like a DisneyQuest type of location as opposed to a full theme park. After all, the building and parking lot of the average Walmart Supercenter is 18 acres. But the new Marvel Adventure is scheduled to include attractions, restaurants and shops.

Signs Of More Marvel To Come?

The LA Times quotes Disney CEO Bob Iger as saying that Disney Imagineers are working on early designs to bring Marvel characters into Disney theme parks in “a few places around the world.”

Members of the management of Disneyland Paris have publicly stated that Marvel is a part of the long term vision of their park.

But all this may not mean that we will soon see Marvel characters or attractions at Walt Disney World in Florida. The contract that Marvel made before the Disney purchase states that Universal Studios has exclusive rights to Marvel characters in central Florida. But who knows, that could change too.