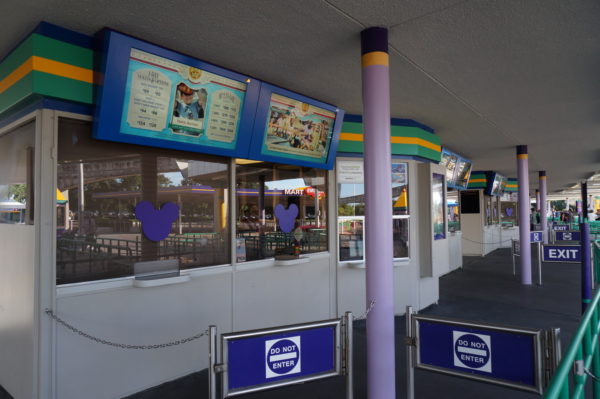 Disney has been the theme park to beat for a long time, but recent dips in attendance have some in the industry wondering where Disney went wrong; others point out that Disney still has a strong hold and is making more money than ever.

Every theme park in Central Florida except Universal Studios saw decreased attendance in 2016, and all seven of the Disney Parks around the world also decreased a bit. Disney World attendance is down less than 1%, which drops them below 70% market share for the first time since the park opened in 1971. Sea World saw a much larger drop: 7.9%. Universal Studios, however, increased by 4.3%, and the new Islands of Adventure park next door, also park of the Universal Resort, rose 6.5%.

There are several explanations as to why people are avoiding the Central Florida area.

First, Florida earned a superlative nobody wants; Pulse nightclub in Orlando, Florida became the site of the deadliest mass shooting by a single gunman in U.S. history. Reports that the shooter spent time visiting Disney World and considered it as a target could have driven some people away.

Second, political uncertainty has left people worried about traveling and spending money. As a tertiary effect, few foreign visitors, especially those from South America, which represents a huge number of annual visitors, vacationed in the area.

Combining these two explanations left people hesitating to leave their comfort zones resulting in an increase in regional parks.

As for why Universal gained so much, there are several explanations for this as well including new additions like Skull Island and redesigns like the Incredible Hulk. The Wizarding World of Harry Potter is still going strong and is also responsible for much of the increase.

Disney is going through some growing pains right now. Pandora – The Land of Avatar opened around the same time as Volcano Bay, but this land in Disney’s Animal Kingdom was in the works for much longer. Disney World is also working on a Star Wars themed land and a Toy Story themed land that will likely open in 2019 and 2018, respectively. What’s more, Disney Springs was recently officially completed even though more things are scheduled to come to the area. Fans are probably planning their vacations around these new areas.

What’s more, Disney raised admission and food, beverage, merchandise, and lodging prices quite a bit in 2016, where as the 2017 price increases have been more nominal. The 2016 increase (which happens annually in February) reflected the planned opening for Pandora. Another nominal increase will probably happen in 2018.

Another huge increase probably won’t happen for a while to give guests some time to get used to the new tiered pricing structure.

Finally, 2015 saw very strong growth, so the market normalized and compensated accordingly. This is a typical trend and it’s nothing to be concerned about.

Even though no one expects the attendance decrease to continue next year, some are still concerned. There’s no reason to panic though, and here’s how I know.

I was in Pandora on opening day, and if you follow my Facebook Live posts, you know that the lines were so long that Cast Members had to restrict access to Pandora within an hour of the park’s opening. This new land transforms Disney’s Animal Kingdom permanently into an all-day park with a closing time at 11pm for regular guests and two hours later for Disney Resort guests.

Star Wars Land is also much anticipated, but it won’t be ready for guests until 2019. The area in Disney’s Hollywood Studios will be huge, and it already has a massive fan base that spans generations. If Disney delivers the goods, as expected, this land will have no problem bringing in crowds.

Toy Story Land, which is right next door to Star Wars Land, has taken the back seat to Star Wars in the news, but it’s nothing to shake a stick at. If Disney announced an early opening date for this land, which will probably happen sometime in 2018, it might cause people to hold off their plans for a visit.

Overall Disney is doing well, making more money with fewer guests.  Unless they start making less money, I wouldn’t be too worried about the theme park’s future.

Disney World’s attendance went down in 2016.  Does it mean anything?