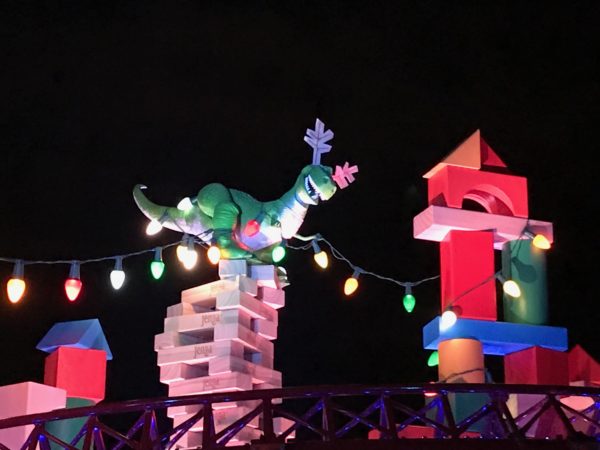 Christmas is in full swing at Disney World. Disney’s Hollywood Studios is celebrating the Christmas season in a big way!

Besides the traditional decorations, Toy Story Land is decorated, and the park sees snow every night!

Let’s take a look at the Christmas decorations at Disney’s Hollywood Studios! 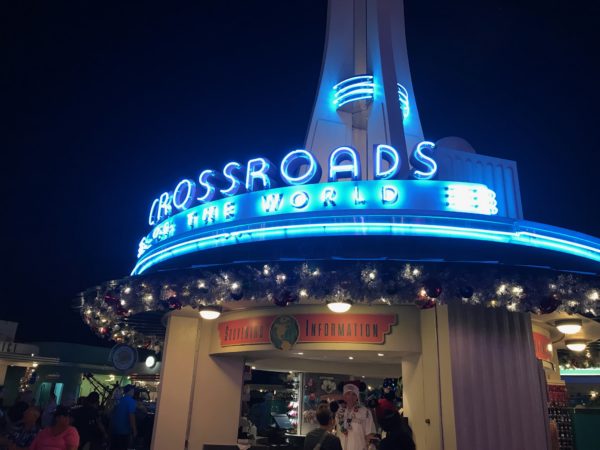 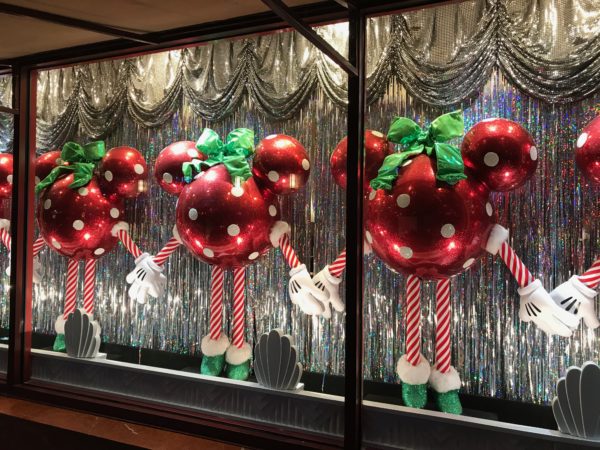 This line of rockettes is cute! 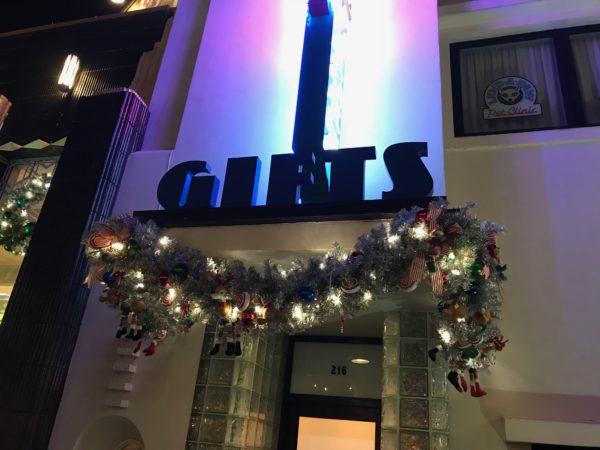 There are twinkling lights everywhere! 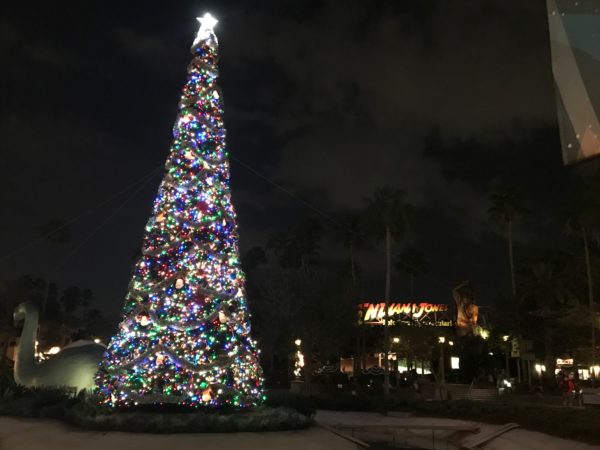 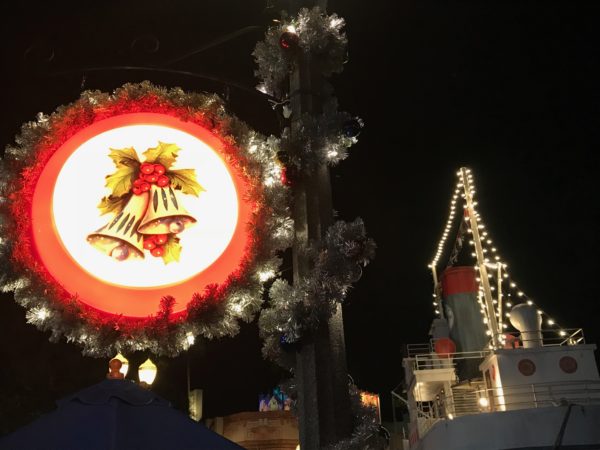 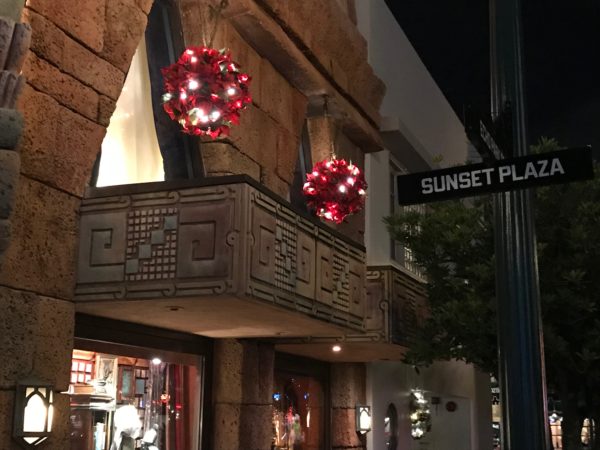 The decorations are really pretty! 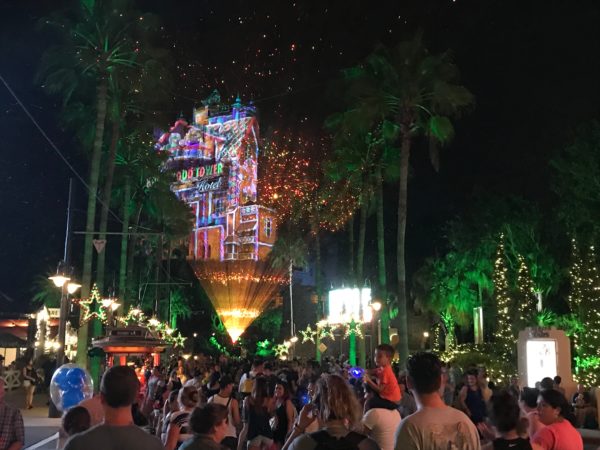 Wow! Look how impressive the park looks with all the decor! 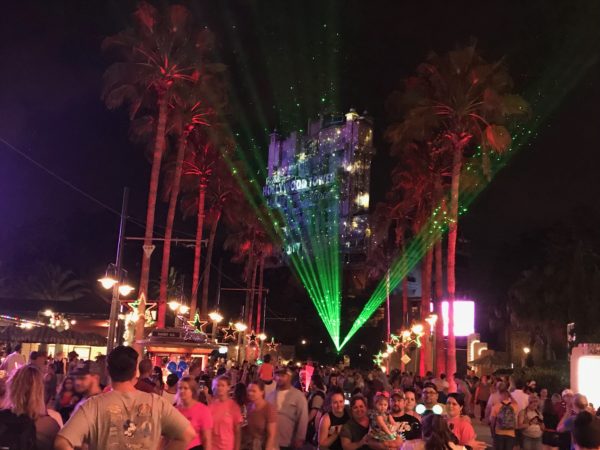 The laser lights light up the park in an amazing way! 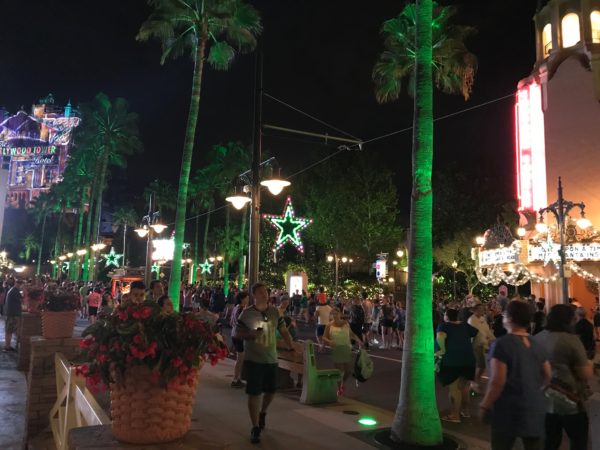 Palm trees and Christmas decorations? Sure! Why not? 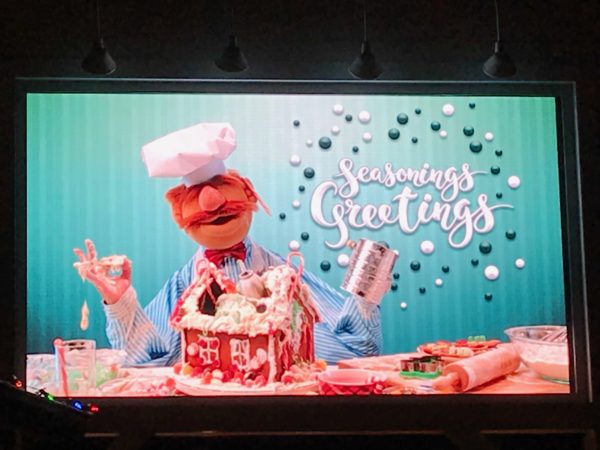 Season Greetings from The Muppets! 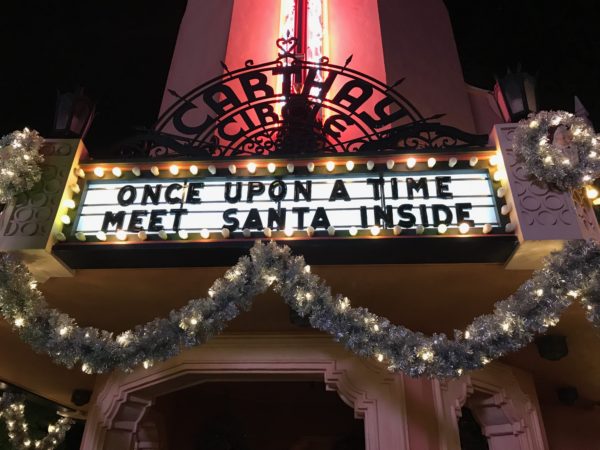 You can even meet Santa in Hollywood Studios! 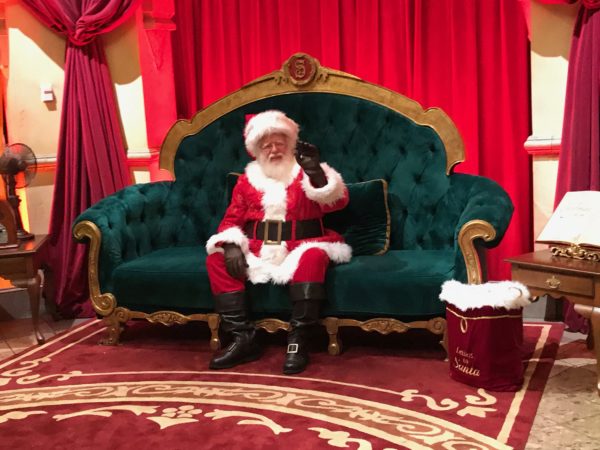 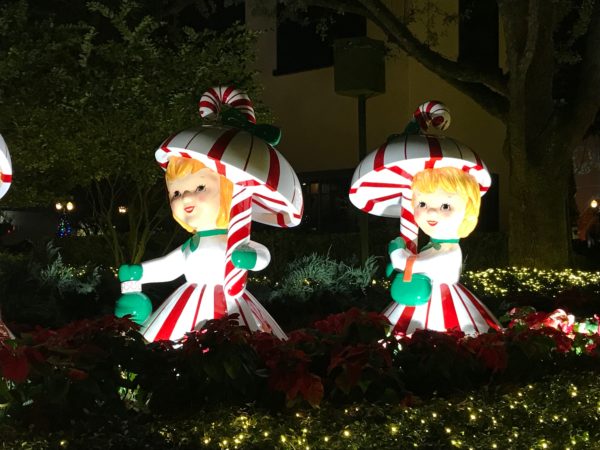 This is the first Christmas season for Toy Story Land.  The decorations fit the feel of the area.

Rex even gets in the Holiday spirit! 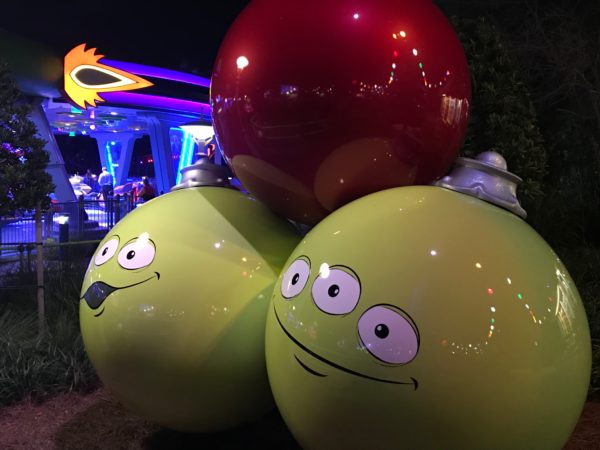 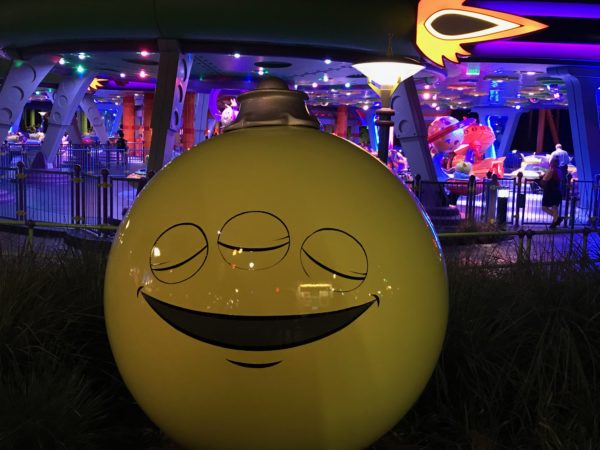 Alien Swirling Saucers get a special Christmas overlay with new music and lights.  Check out the video: 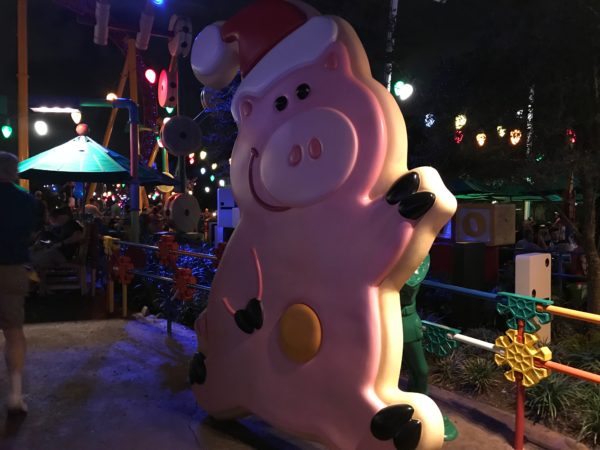 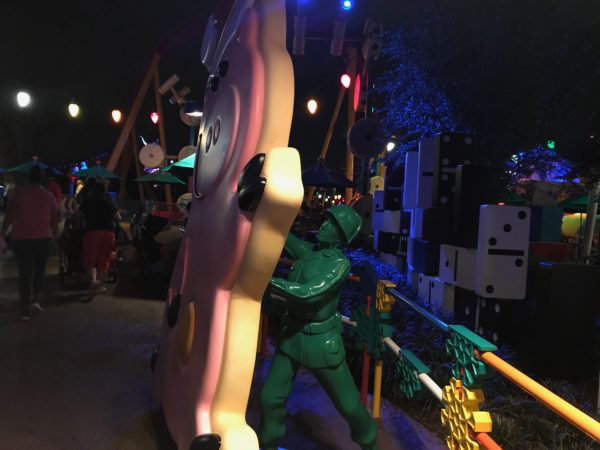 There’s even a Green Army Man propping him up!

Will you be visiting the Studios for Christmas this year?