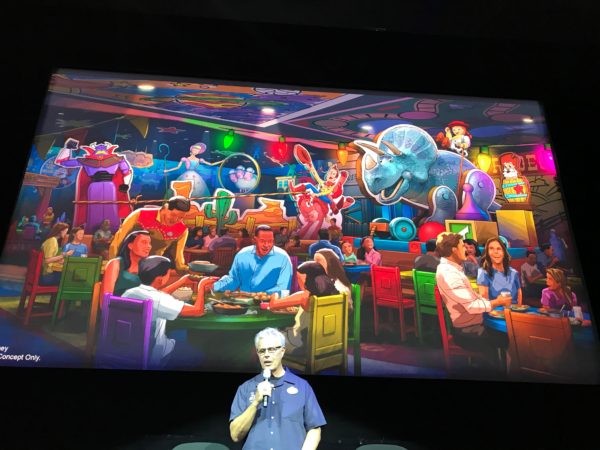 At today’s media event celebrating Disney‘s Hollywood Studios 30th anniversary, Disney announced that they will be building a new sit-down restaurant in Toy Story Land.  I’m excited I got to hear the news first, courtesy of the nice folks at Disney Media relations, and I’m happy to share the news with you.

The new restaurant will be barbecue themed and will be located on the right side, near the giant Woody statue, as you enter the land from the former Pixar Place.

There is no time-frame on when it might be built.

Still, is exciting to see Disney’s Hollywood Studios continues to make plans for the future, even after the huge investments they have already made with the initial opening of Toy Story Land and the upcoming opening of Star Wars: Galaxy’s Edge.