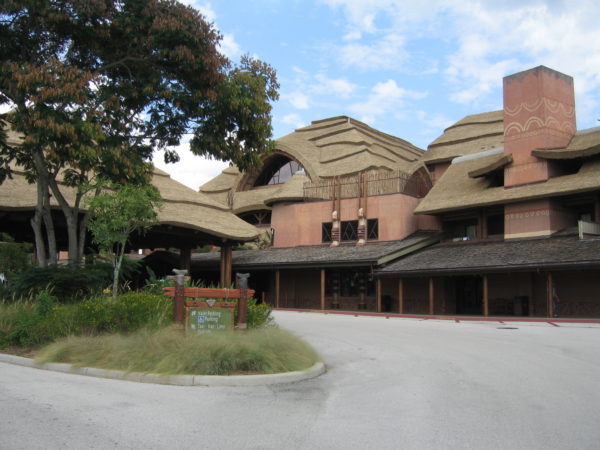 Entrance to the Animal Kingdom Lodge

Disney’s Animal Kingdom Lodge is made up of two sections: Jamo House, the main hotel which opened first, and Kidani Village, which is a second phase of the property.