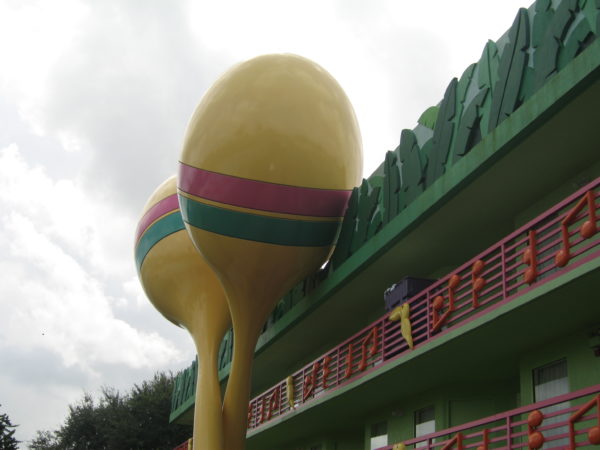 Disney’s All-Star Music Resort opened in 1994 and hasn’t received a significant makeover since then. About a year ago, Disney’s All-Star Movies was refurbished, and now work is starting in Building 10 of the Calypso section at All-Star Music, which holds several of the preferred rooms at the resort making it more likely that your request for rooms close to Intermission Food Court and the bus stops less likely to be fulfilled.

The new rooms will very likely be light and modern like the new rooms at All-Star Movies with clean neutral wall colors and wooden laminate flooring. There will also be updated coffee stations, new artwork, large flat-screen televisions to rival those at Disney’s Deluxe Resorts, a pull-down murphy bed and much needed updated Wi-Fi with new wiring!

Are you looking forward to the All-Star Music Renovations?