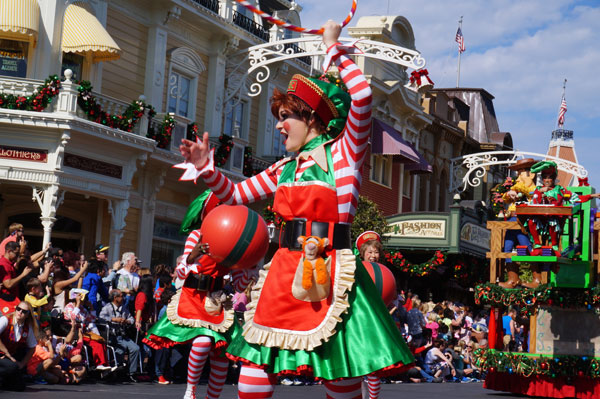 Disney’s 33rd annual Christmas parade, The Disney Parks Magical Christmas Celebration, will air on December 25th, 2016 from 10am to noon eastern time on ABC and the Disney Channel app.

The show will focus on the importance of being with family and friends. The performances and the family videos will perpetuate this theme.

Julianne Hough and Derek Hough, brother and sister dancing duo from Dancing With the Stars, will host from Walt Disney World Resort.

The parade will line up on Main Street USA and head down Main Street to the hub. Here’s the complete list of entertainment you can expect to see during the pre-recorded broadcast:

This parade is a highlight of Christmas Day and a tradition for many families including my own. Merry Christmas from my family to yours!

Will you be watching the Disney Christmas Parade?