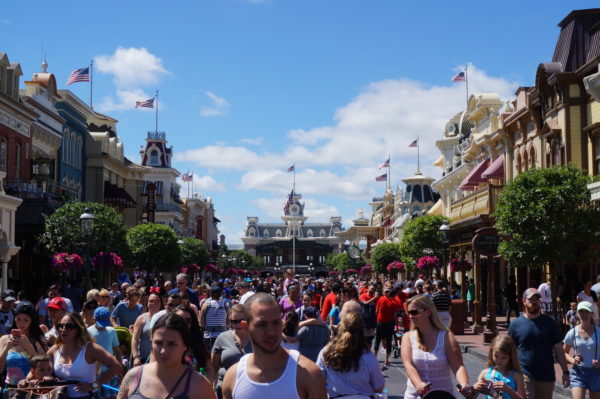 The Walt Disney Company has grown from a single park in Anaheim, California to a global empire in little more than half a century. In fact, for a company whose opening day in Disneyland was an epic failure, their growth is pretty impressive.

In 2017, more then 475 million people visited theme parks worldwide, which is up from 438 million just one year ago. Themed Entertainment Association, who collects and releases the data, attributes this to the Shanghai Disney Resort, which experienced nearly a 20% growth even while Disneyland Paris only performed as well to recoup their losses from the previous year and Hong Kong Disneyland stabilized at 6.2 million after experiencing a decline for the last two years. Tokyo DisneySea celebrated its 15th anniversary in 2016 and experience growth the last two years.

So why did Shanghai Disney Resort perform so well? The economy is strong and growing, there’s a rising middle class in China with increasing disposable income and the ability to purchase automobiles.  There is improved transportation and infrastructure making it easier to travel. What’s more, entertainment is an important part of the modern city. These are all things that Disney looks for when planning parks, and with the news that they’re looking for a new location to plant roots, you can bet that the high-ups will be studying these massive growth in China. They will also be investing in world-class projects in this location.

Back here at home, Disney grew 3% domestically. Themed Entertainment Association says the opening of Pandora – The World of Avatar in Disney’s Animal Kingdom, one of Disney World’s four theme parks, contributed to this growth. When Pandora opened on Memorial Day Weekend, droves of people landed in Orlando to see the amazing new land that is literally out of this world! Then, they didn’t stop coming! The area is so impressive that Animal Kingdom earned two Thea Awards last year, one for Pandora as a whole and one for its E-ticket attraction, Flight of Passage.

Taking a look at the bigger picture, Disney boasts the top five rated parks in North America including Magic Kingdom, Disneyland, Disney’s Animal Kingdom, Epcot, and Disney’s Hollywood Studios. If you expand to the Top 20 parks, Disneyland’s California Adventure ranks number seven, only beat by Universal Orlando, whose attendance is likely boosted by Disney World visitors. Disney also owns two of the top rated water parks, the only ones in their collection, in North America.

That was the narrative, but here are the hard numbers, which tell the true story.