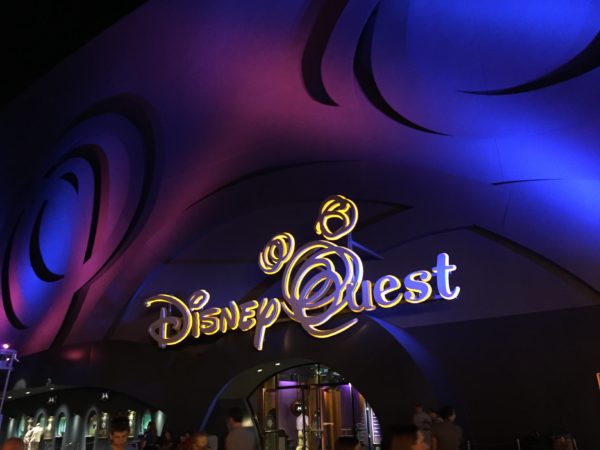 DisneyQuest in Downtown Disney opened way back in 1998.

It was a five-story high-tech playground with interactive experiences, VR, simulators, and video and arcade games. It was pretty high-tech in its day.

The selling point for these dining and entertainment establishments was the chance to ride Disney attractions without actually going to Disney World. CyberSpace Mountain was one such attraction. DisneyQuest was the first of its kind and the first to have immersive VR rides.

One of the problems with DisneyQuest was that it was expensive. Where as other similar complexes charged per game, DisneyQuest charged a cover fee of $45. While admission was included in some resort packages and all annual passes, other people had to fork out a good bit of money for something that was, in time ,seen as outdated.

Disney announced over a year ago that DisneyQuest would be closing to make way for the NBA Experience, but there were several delays.

Disney announced again recently that July 3rd will be the last day in the life of DisneyQuest.

The closing of DisneyQuest is likely the final cut to be made in the multi-year transformation from Downtown Disney to Disney Springs.

Whether this is a good call by Disney is still to be seen. On one hand, eSports has become quite popular over the past few years, and people are getting more involved in video games than ever before. On the other hand, basketball seems to be taking on some increased popularity.

Some people wonder whether Disney should have updated the DisneyQuest site especially since ESPN has been in a downward spiral lately.

DisneyQuest: time to go or should’ve kept it?