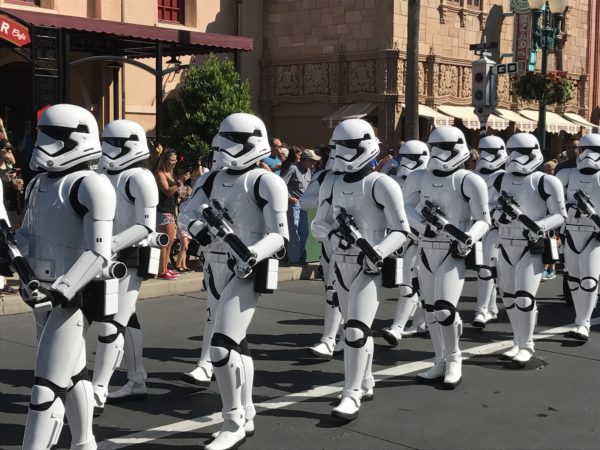 While the average person wonders whether Disney World is in Florida or California, Disney fans know that there is a big difference between Disneyland and Disney World. However, both parks will be opening an almost-identical land in the next few months.

Star Wars: Galaxy’s Edge will open in Disneyland this May and in Disney World in August. Disney World’s construction is a bit behind because more demolition had to be done before construction could start.  Disneyland, however, started with a blank slate. Because of this, Disneyland has announced more details outlining what guests should expect when the land actually opens.

News came out last week that Disneyland had booked every single room the night before the land opens. While this is really no shock at all, Disney knew they had to do something to accommodate such massive crowds. Their solution is to limit access to Star Wars: Galaxy’s Edge.

Star Wars: Galaxy’s Edge will not have a standby line until this date.

These reservations will work much like Disney World’s FastPass+ system, but instead of guests choosing a time, Disneyland will assign it. This will be a window of time during which guests can visit Millennium Falcon: Smugglers Run. What’s more, the window will also limit guest’s time in the entire land. Disney hasn’t announced how long the window will be; they want to allow guests enough time to see the land but also allow everyone time.

After June 24th, the land will be open to the general public. Disneyland is working on a virtual queueing system so guests can explore the rest of Disneyland while waiting for their turn to enter Galaxy’s Edge. This system will also work similarly to Disney World’s old FastPass system issuing a return time based on the land’s current population and total capacity.

What about Disney World?

Disney World will open a nearly identical land on August 29th. While none of these restrictions have been announced for the east coast park yet, Disneyland’s restrictions are likely a sign of what might be to come.

Disney World is much larger than Disneyland, so the overall capacity will be more, but the land will still hold about the same amount of people. Disney World can use the rest of Disney’s Hollywood Studios as a holding area, but expect this park to reach capacity early in the day regardless while other parks will see lighter than normal crowds. What’s more, expect that only Millennium Falcon: Smugglers Run will be open on this date; Rise of the Resistance will not open until a later date.

With that being said, Disney World will likely attempt a similar strategy to limit crowds in the east coast version of Galaxy’s Edge. Only time will tell! Stay tuned for more details as they are released!