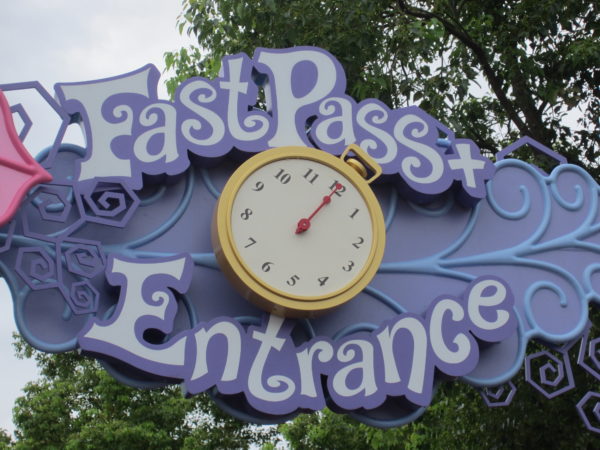 Disneyland Paris is retiring its free FastPass and is replacing it with a paid service.  Disney Premier Access includes a number of digital services on the Disneyland Paris App:

This feature will is like FastPass, but paid.  It allows guests to skip the regular physical queue.  Price is 8€-15€ (about $9.50 to $18.00) per person per ride and varies by attraction and day.  Guests who don’t have a smartphone can purchase Premier Access in the park.

The feature allows guests to spent part of their wait time outside the physical queue.  It does not provide immediate attraction access like FastPass.  Guests can book a time slot to enter the standby queue.  Standby Pass is available during certain periods of the day and can vary by day.

Disneyland Paris introduced the complimentary Standby Pass last October, and it is now back.

This feature allows guest to begin their resort registration on their mobile device and receive a text when their room is ready.  This is similar to the online check-in that is currently available at Walt Disney World.

This feature allows guests to filter, and search for, and book Disney-operated restaurants.

Disney has not announced if or when free FastPass+ will return to Walt Disney World, or if it will instead offer a similar paid Disney Premier Access.

Do you think Disney World will offer a paid FastPass like Disneyland Paris announced?