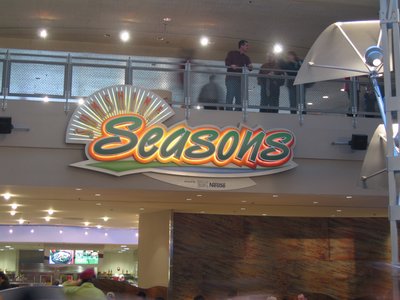 If you have researched the internet, you have probably read about Disney World’s significant commitment to accommodate special dietary needs.  Perhaps more than any other vacation destination on the planet, Disney goes to great lengths to not only help people deal with dietary restrictions, but they do so in a very simple and even enjoyable way.

There are plenty of stories about families who can enjoy a dinner together at a restaurant for the first time ever because of the way Disney is willing to work with guests.

All of this magic around food starts before you even get to Disney World.  When you make dining reservations online you can indicate that you have a special request or dietary need.  The online choices include egg, fish, milk, peanut, soy, shellfish, tree nut, wheat (gluten), corn, and other.

In the same way, if you plan to make your reservation by calling the Disney Dining reservation center at 407-WDW-DINE or (407) 939-3463.  You can tell the agent about any special concerns.

Good, But Not Perfect

You will find that Disney generally does a terrific job of accommodating special needs.  However, the folks at Disney are human too.  Sometimes there are issues.  In an article for the About web site, Jeanette Bradley wrote a story about her generally positive experience.  However, there were a few issues along the way (Source).

She told how her family stopped by the large Seasons food court inside the Land Pavilion at Epcot.  They asked if the rice in the Chinese food station contained soy, since her daughter had to avoid all soy.  Initially the person behind the counter said the rice was made of only rice and salt, but when she could see oil and asked further, the cook admitted to adding oil.  Fortunately, the master chef was able to identify other food items that contained no soy.

In a similar way, she ran into an issue at the Colombia Harbor House in the Magic Kingdom.  She got different information on different days on the way that the allergy free chicken strips were prepared.  The first two days she was informed that chicken was fried in oil that did not contain soy, while on the third at the chef said that the oil used to fry the chicken might contain soy.

Even with a few issues along the say, Jeanette said that her family had a terrific vacation.  And she pointed out, as so many people do, that even with a few problems here and there, Disney World still does a much better job of accommodating special dietary needs than nearly any other place on earth.  And that makes a trip to Disney all that more magical for people who need, or want, to watch their diet.