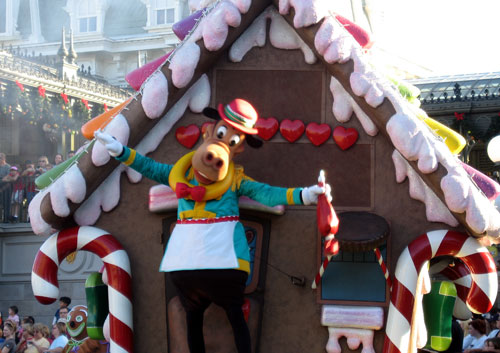 The overwhelming size of the Walt Disney World Resort, together with equally overwhelming masses of people, can sometimes make it feel as though only physically fit and battle-tested adults who have been screened for high blood pressure should attempt a Disney World vacation.

Nevertheless, many families do attempt Disney vacations with kids and do so very successfully.  In the process, they build family memories that last a lifetime.

Here are a few tips to avoiding Disney meltdowns and enjoying a magical Disney World vacation.

Wake Up Early, and Take a Nap

If you are used to zipping around Disney World unencumbered, you will have to adjust to a much slower pace when you are managing young children. With that in mind, an early start to your day can make all the difference in helping you maximize the attractions that you are able to visit.

Lines are short just after the parks open, and the temperatures have not yet had a chance to climb. Think of it as the Christmas morning strategy: wake up early, and give the kids a few presents each to make them happy.

An early and productive morning can then be followed by a more leisurely afternoon. The pace, the heat, and the stimulation of a day at Disney World makes an afternoon nap a welcome rest for children and adults alike.

Lines for attractions hit their peak in the early afternoon, making it an even better time to retreat to an air-conditioned hotel room or calming pool where you can put your feet up.

If you plan to stay out until dark for the Magic Kingdom’s Main Street Electric Parade, or other nighttime spectaculars like the Wishes Fireworks show, that nap transforms from a nice idea into a lifesaver.

With small children in tow, your Disney World experience is likely to begin and end with the Magic Kingdom, with a little bit of the Magic Kingdom in the middle. The signature Disney World theme park is also by far the most kid friendly.  The Fantasyland area in particular features ride after ride tailor-made to enthrall the little ones. Fantasyland should be destination numero uno for your early morning start to avoid long lines as well as the heat on outdoor rides.

Epcot, Disney’s Animal Kingdom, and Disney’s Hollywood Studios are not nearly as packed with activities for very young children. You can easily visit two parks in a single busy day, or spend a leisurely day in one park recovering from the rush of the Magic Kingdom.

At Epcot, kids are likely to particularly enjoy The Living Seas with Nemo and Friends – a combination ride and aquarium that is both entertaining and educational.

The Finding Nemo musical and The Festival of the Lion King shows at the Animal Kingdom are also a must-see for the whole family.

At Hollywood Studios, there are many shows to enjoy including Playhouse Disney Live!, Beauty and the Beast, and the Voyage of the Little Mermaid (recreated as live stage shows with puppets, laser lights, and other inventive features). These shows are indoors and air conditioned, so taking a seat for a performance is both entertaining and rejuvenating.

To Stroller or Not to Stroller

It can seem like a hassle to manage a stroller in the Disney World jungle.  In reality, a stroller is going to be a pain at times, but it can also come in extremely handy. If your own feet start to ache at the thought of hours spent standing in lines for various attractions, imagine the stress on little legs and feet during those same hours. Then imagine relieving the stress on those little feet by carrying your child for long stretches of time, and revisit the aching feet you were picturing a moment before. Not to mention an aching back.

Like Tupperware with wheels, a stroller can significantly extend the Disney World life of your child. Children can rest their legs, retreat from the sun, or even nap in a stroller, and you will add theme park hours to your day before they expire.

Stroller rentals are available near the entrance to each theme park.  You may also bring your own stroller with you if you prefer to skip the cost of the rental. Another advantage of the stroller is being able to pile it high with souvenirs, sunscreen, water bottles, and other necessities or frivolities while avoiding an uncomfortable backpack and the dreaded sweaty back that goes along with it.

Getting Into Character (Experiences)

Character encounters are a high priority for many kids at Disney World, and planning these experiences for your kids is an important part of your vacation strategy. Waiting in line for character visits can be time consuming, so it is important to prioritize the visits around the character or characters that your child most wants to see.

There are several different options for seeing most characters throughout the four theme parks, and you can select the best location and timing so that the visits interfere as little as possible with the rest of your itinerary.

Disney character dining is arguably the best way to arrange a visit with your child’s favorite character. There is no waiting in line; instead the characters come to each and every table during the course of a meal. In addition, these experiences are efficient as they allow you to combine the character encounter with a meal. One disadvantage of character dining is that you must plan ahead for it and make a reservation. This takes a bit of flexibility out of your schedule, and there is a cancellation fee if you choose not to attend the meal at the last minute. This may not be a disadvantage at all for those who like to plan a schedule and stick to it, but it limits spontaneity for those who prefer to go with the flow.

What is your best survival trip for visiting Disney World with kids?