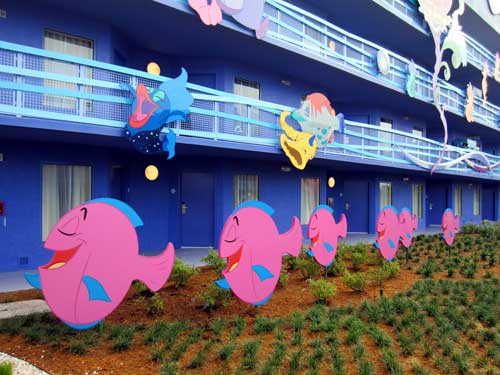 Disney World Water Safety – What You Need To Know

There’s a lot of water in Disney World. Of the tens of thousands of acres, most of it is undeveloped and, since Orlando was built on swampland, much of it remains covered in water.

Many of the bodies of water in Disney World are man made, including Seven Seas Lagoon and Bay Lake.  However, they are fed by natural water sources.

Whether natural, man made, or purified, it’s important to be safe in the water at Disney World.

The Sad Story of River County

River Country was Disney’s first water park. Although the Disney Company claims that it was closed due to decreasing tourism and better amenities at Disney’s other water park, Typhoon Lagoon, part of the reason River Country closed could be due to the risk to public safety.

Since River Country was fed by Bay Lake, the water wasn’t completely purified even though it was filtered. This opened swimmers up to the dangers of natural water in swamps including alligators and dangerous bacteria called amoebas. Since Typhoon Lagoon and the later added Blizzard Beach were more like pools with totally clean water, they were a safer bet.

Many of the rules and precautions in effect today regarding water safety stem from the lessons learned at River Country.

As of mid 2016, Disney has suspended some water sports following the tragic death of a toddler who was attacked by an alligator.  Check with Disney if you have reservations or are interested in water sport activities.

In the past, guests 12 ages or older and at least five feet tall could rent and captain their own Sea Raycer. Younger guests could ride as a passenger, but both riders must wear life jackets.

Guests had to be at least 18 to rent the variety of boats that Disney World offers. Although boaters didn’t have to wear a life jacket the whole time, non-swimmers did and Disney provided  enough life jackets for everyone on board.

Never jump off of your boat or watercraft to swim in the open water. These waters are inhabited by alligators and bacteria, and Disney prohibits swimming here.

All Disney pools are staffed with trained lifeguards plus other Cast Members who provide recreation and are trained in life-saving techniques like CPR. It’s important to listen to the lifeguards because they know what’s safe and what isn’t.

You should never dive into a Disney pool, especially not in the shallow end, and running on wet concrete is never a good idea since it can become very slippery. What’s more, although you’re allowed to swim after pool hours, you’re doing so at your own risk. Always keep an eye on young child especially if they can’t swim, and try to visit the pool during hours when a lifeguard is present.

If you or someone in your party is not a strong swimmer, Disney can provide you with a life vest. If your resort doesn’t have them, the front desk can get you one from another resort hotel.

In the Water Parks

Like the pools, Disney’s water parks are loaded with well-trained cast members who constantly monitor the pools, slides, and attractions to ensure that all guests are safe and having fun.

Among other things, you’ll notice that no glass is allowed anywhere on Disney property, and this is to prevent breakage and injury from broken glass.

It’s a good idea to wear water shoes in Disney parks and to stay hydrated and nourished. Heat can be a dangerous thing and you can become dehydrated before you know it. Heat exhaustion and heat stroke are serious issues especially when you aren’t used to the tropical Florida temperatures. Drink plenty of water and eat enough protein to keep your body fueled up. Avoid the urge to eat lots of sweets since the sugar won’t give you the energy you need.

Finally, apply sunscreen regularly to avoid getting sun burned. The sun can always burn you even when there are clouds, but it’s at its highest and hottest points in the summer, so put your sunscreen on when you arrive and reapply after you get out of the water.

A few of the Disney resort hotels have sandy beaches that lure in guests. The sand is soft on our feet, and it feels so good to get some between our toes!  However, it’s important to keep your distance from the water. Disney does not allow swimming or wading for reasons discussed above.

Enjoy the beach and the sand, but stay out of the water.

In addition to lifeguards at the pools, Disney employs a full-time staff to monitor the waters and keep them safe for park guests, but all of the natural bodies of water in Disney World are connected to larger bodies of water in which alligators and other dangerous wildlife live.

These animals do not honor man-made boundaries, and they can’t be kept from entering Disney property through canals.

What’s more, alligators occasionally like to come onto the beach to sun. Since they get their energy from the sun and from heat, they are most active in the summer months. The staff will encourage gators smaller than four feet to go back into the water or they’ll remove them if they pose a threat. Anything larger than five feet must be handled by the state. However, since there are estimated to be over a million gators in Florida, it would be nearly impossible to remove them completely.

If you do find yourself faced with an alligator, try to run away.  They’re generally clumsy on land, but if they get you into the water, they’ll have the upper hand.

Alligators, like other wildlife, are usually scared of humans and are easily threatened. However, they are indiscriminate of what they will eat. If they attack, the best thing to do is try to poke them in their eyes, which are very sensitive. You might be able to scare the gator enough to get it to loosen its grip. At this point, get away from it. It will likely submerge itself back into the water. Notify a Cast Member immediately whether you saw the animal or if it attacked you. They know how to deal with such situations.

A final thought on water safety

Because of these dangers, you should never go in any body of water that isn’t a pool in Disney World or really anywhere for that matter especially in the southern states.

Water safety is taken very seriously at Walt Disney World Resort. Everyone wants to have fun and enjoy their vacation, and following some guidelines can make sure that happens.

If you’re ever uncomfortable in the water, you need help, or you see someone else that needs help, don’t be afraid to notify a Disney Cast Member. If you see something that looks dangerous, notifying someone could protect not only you but other guests.

Is Disney World doing enough to keep guests safe in the water?