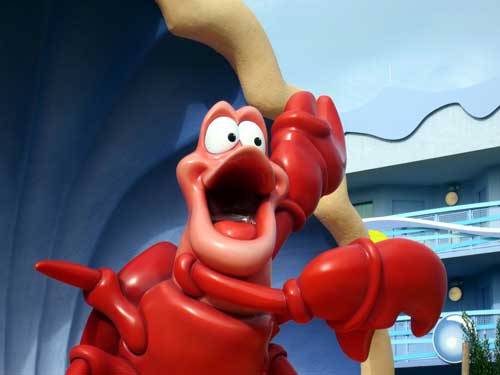 Disney World Value Resorts: The Rankings Are In

Disney World has a variety of resort categories including Value, Moderate, and Deluxe. The Value resorts are the most affordable and are great for people who won’t spend much time in their room or are doing Disney on a budget. These resorts cost more than similarly equipped off-site hotels, but you can take advantage of all of the Disney perks including transportation, the dining plan, and extra magic hours to name just a few.

Value Resorts are large and spread out but not as much so as the Moderates, which is why the Moderate resorts have internal transportation while the Value resorts do not. As I mentioned above, the rooms provide basic accommodations with few upgrades, though I have noticed that there is almost always a mini fridge in the rooms now without requesting it. The theming is very basic as well since most Value Resorts have plain buildings with large, cartoonish icons following a specific theme.

It is very likely that you could find a more affordable and arguably nicer hotel off-site, but you’ll miss out on the Disney décor, which is enough for most Disney fans to pay a little extra.

Some people aren’t into the whimsical theming and are willing to pay more for a nicer room. If this is you, you’ll probably want to skip the Value Resorts all together, but if you’re on a budget or you enjoy the cartoonish themes, this article is for you.

In that case, keep reading for a ranking of Disney’s Value Resorts!

Most people would agree that Disney’s All-Star Movies Resort is the weakest of the All-Stars and of all other resorts on Disney property. It hasn’t seen a makeover since the 90s, and this is obvious since the Mighty Ducks and 101 Dalmatians are still prominent in the décor. The signage and décor is also faded.

What’s more, the All-Star Resorts often share bus transportation services. Since All-Star Movies is the last stop on the route, it is often skipped because the bus fills up at the other resorts.

With the other resorts in this category being similarly priced, it’s worth taking a look at them.

Disney’s All-Star Music Resort is less dated and has a more unique theme. Guests will especially enjoy the guitar-shaped Calypso pool and the new food court, which was just updated in December 2014.

Intermission Food Court features a modern theme with clean lines and neutral colors with musical instruments adorning almost every inch. There are subtle details that you may only notice if you’re looking like the trumpet bell hanging lamps, the xylophone ceiling, and music notes on the floor.

Since All-Star Music is the second stop when buses are shared, it is occasionally skipped but less often than Movies.

All-Star Sports is the go-to Value Resort in the All-Star triad, and it also plays host to many teen groups visiting Disney like cheerleaders, football players, high school groups, etc. It will, however, save you as much money as possible while getting pretty nice accommodations since this resort is the freshest of the three All-Stars.

The EndZone food court was remodeled in 2013 with a new, clean look similar to that of All-Star Music. You’ll find popular game-day foods like pizza, nachos, burgers, and pasta, and Disney characters dressed in sports attire fill out the décor and theming,

Sports is also the first stop on the bus route, so you’ll never be skipped, and you’ll hardly ever not make a bus due to capacity.

Disney’s Pop Century is my favorite Value Resort for the theming, but it comes in second because it could use an update. It is a bit more expensive than the All-Star Resorts and a bit less than Art of Animation, which is tops on our list.

Pop Century features huge, iconic figures from every decade in the second half of the 1900s including a record for the 50s, a yo-yo for the 70s, and a Rubik’s Cube for the 80s. There are also plenty of other pop culture references like a gigantic foosball board and the Hippy Dippy pool.

The Everything Pop Shopping and Dining hall is a great place to find unique gifts and grab a snack or a full meal. The food is delicious, and there is always a ton of variety including a grab ‘n’ go market when the hot meals aren’t available over night.

This resort also has a dedicated bus service, so you’ll get direct transportation to and from the parks and Disney Springs. Although the buses do fill up quickly, you will get to the parks faster in the morning and not wait as long to get back to your room in the evening.

Disney’s Art of Animation Resort is the newest of the Value Resorts and is elaborately themed with over-sized animated characters including those from The Little Mermaid, Cars, and Finding Nemo.

The problem with this resort comes in the rooms. The only standard rooms are in the Little Mermaid section, and the family suites don’t even belong in the Value category since they are often so expensive that you could almost get Deluxe accommodations for the same price. What’s more, Art of Animation rooms are often excluded from discounts when they’re being offered at all of the other resorts.

Landscape of Flavors is arguably the best counter-service dining option in any Disney Resort.  Not only does it have an awesome, updated atmosphere, but the food is unique and delicious, such as the build-your-own-burger bar.

Art of Animation also features one of the most unique pools on property. The Finding Nemo pool is the only Disney pool with underwater speakers! You’ll hear music and fish sounds from the popular movie, Finding Nemo.

Personally, Pop Century is my choice in this category. The price is reasonable, the theming is fun and whimsical, and many rooms are within walking distance to Art of Animation’s Landscape of Flavors food court.

Do you stay at Disney Value Resorts?  Your favorite?