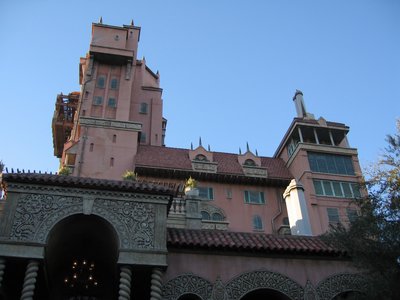 You are probably somewhat familiar with Magic Kingdom, the crown jewel of the Disney World resort, and the Cinderella Castle that has become the logo for Walt Disney Pictures. You may have heard of Epcot, or one of the other Disney parks. But theme parks are only the beginning of the opportunities found at Walt Disney World.

Even so, the parks are important, and most Disney World vacations will revolve around theme park visits. There are four theme parks in total, with Disney’s Hollywood Studios and Disney’s Animal Kingdom joining Magic Kingdom and Epcot.

Magic Kingdom is the most varied, and was modeled fairly closely after Disneyland Park in Anaheim, which preceded it by two decades. The park is divided into themed lands: Tomorrowland, Fantasyland, Frontierland, Adventureland, Main Street, and Liberty Square. Walt Disney himself conceived of the place as an amusement park where adults and children could have fun together, and today it welcomes more yearly visitors than any other park in the world.

Epcot, originally envisioned as a futuristic prototype community where people would actually live and work, is now a theme park dedicated to human achievement. Roughly hourglass-shaped, the Future World area celebrates technology and innovation, while the World Showcase celebrates the culture of eleven different countries from around the world.

Disney’s Hollywood Studios, with streets that represent different eras of Hollywood filmmaking, celebrates all things movie related. Live stunt shows, rides, and other attractions pay tribute to many Disney films as well as popular films, television shows, and stars from other studios.

In addition to entertainment, Disney World also provides more than twenty resort hotels where guests can stay onsite at the Disney World resort. These resorts surround guests with detailed decorations, dining, and entertainment that all conform to a certain theme. Among the options, you can find resorts that resemble a Caribbean island getaway, a Victorian-era spa and hot springs, or the humming French Quarter of New Orleans. These detailed themes are a Disney specialty, and allow guests to immerse themselves in the Disney experience for every minute of their vacation.

The resort hotels are divided into deluxe villas, deluxe resorts, moderate resorts, and value resorts. Prices and amenities vary with each tier of resort, with some providing luxurious multi-room suites, and others simple hotel rooms and very basic services. Additionally, the Fort Wilderness resort includes a campground for tent and RV camping.

At minimum, each resort is equipped with a pool and multiple dining options. Several of the deluxe level resorts offer world class table service experiences, while the value resorts have food courts with multiple counters serving quick-service food.

Florida summers are notoriously hot and humid, and temperatures the rest of the year can also be quite balmy. Too keep guests cool and happy, Disney has built two water parks on the Disney World property. Typhoon Lagoon and Blizzard Beach both offer artificial wave pools, water slide and flume rides, and racing slides.

There are five golf courses dotted around the Walt Disney World property. Four of the courses are championship golf courses, and one is a nine hole walking course. The championship courses have each been certified as Cooperative Wildlife Sanctuaries by the Audubon Society, and are surrounded by beautiful natural vegetation and landscaping. Tee times, equipment rentals, and golfing lessons are available at each location.

Two of the deluxe resort hotels at Disney World offer spa services to guests and visitors. The Grand Floridian Resort & Spa and the Saratoga Springs Resort & Spa are both popular destinations for treatments, massage, and general pampering. Additionally, the Walt Disney World Swan and Dolphin Resort, home to a pair of deluxe non-Disney hotels, features the Mandara Spa – a beautiful destination with whirlpools, saunas, and treatments amid Balinese-themed décor.

While still part of the Walt Disney World property, the Disney Springs area offers a wide range of dining, shopping, and entertainment opportunities from outside sources. Famous restaurants and shows such as the House of Blues, Cirque du Soleil, and Planet Hollywood can be found here in the company of many others.

As mentioned earlier, the Disney World resort hotels all feature multiple dining options ranging from luxurious to informal. The Disney theme parks also offer a multiplicity of restaurants, most notably the World Showcase at Epcot with its delicious variety of exotic cuisine. Some of these dining opportunities are truly one of a kind, well worth setting aside time and money.

Character dining is a feature of many restaurants around Disney World, and each experience is tremendously popular with children. Character dining allows guests to enjoy breakfast, lunch or dinner while favorite Disney characters visit their table for autographs, photos, and hugs. The offerings range from a tea party at Cinderella Castle in the company of Disney princesses, to a lively meal in the company of Mickey Mouse and his best friends.

Many of the Disney resort hotels are located on the shores of various lakes situated throughout the property. Although swimming is restricted to resort pools, these lakes are great place to engage in a range of fun water sports and other activities. Guests who want to relax can sunbathe on a sandy beach, while guests looking for adventure can choose between power boat rentals, parasailing, kayaking, or even fishing excursions. Cruises depart every evening to allow guests the best possible views of nightly fireworks spectaculars. Rivers and small waterways also connect much of the resort, and ferries are fun way to travel between different parts of Disney World.