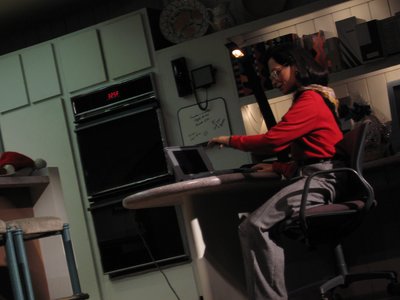 Disney World Utilidors – A Supporting City Beneath The Streets

This is true not just of rides and merchandise, but also the organization details of running a theme park such as how Disney moves everything from people to electricity to trash.

Necessity Was The Mother Of The Utilidors

Legend has it that Walt Disney himself did not like the idea of cast members traveling through areas of Disneyland that didn’t match their theme.  For example, a Jungle Cruise boat captain didn’t belong in Tomorrowland, so he shouldn’t be seen there.  Unfortunately, given the layout of the facilities in Disneyland, sometimes that happened.

When the Disney Imagineers started to plan Walt Disney World, they were looking for some new ideas on how to keep the operations of the park “behind the scenes.”

During the construction of the Magic Kingdom at Walt Disney World, soil was removed to form the Seven Seas Lagoon.  This soil was piled up where the Magic Kingdom now stands.  This was necessary because the land in that part of Florida was swampy and the engineers needs firm ground upon which to build.

Once the soil was moved, Disney built the Utilidors, which are utility corridors designed to carry both utilities and people.  It is interesting to note to that the Utilidors in Florida are not a basement.  They were actually built on top of the ground, forming a first floor.  The various buildings and streets of the Magic Kingdom,  such as Main Street USA, were then built on top of the Utilidors –making those areas that guests see technically on the second floor.

See The Elevation Yourself

You can see this process of building up in a few ways.  First, you can go to the boat docks near the resort launches at the foot of the Magic Kingdom on the Seven Seas Lagoon.  Look up towards the entrance to the Magic Kingdom and you will see how the level of the ground rises before you as it goes toward the Main Street USA Train Station.

In the same way, if you stand at the entrance to Main Street USA, near the Train Station once inside the park, in look up Main Street towards of Cinderella Castle and you also notice a very slight incline.

Other parts of the park are built even higher such as Cinderella Castle being at the third story level.

In the Magic Kingdom the Utilidors are a ranged as a main corridor directly beneath Main Street USA, as well as a circle around the edge of the theme park.  Cast members can access the Utilidors either from the back of the park in Fantasyland or via unmarked doors.  The walls of the Utilidors are color coded to make navigation easier.

Cast Members can walk from one location to the next through the Utilidors or use electric golf carts.  This keeps the nicely hidden from guests – just as Walt Disney himself had intended.

Purposes Of The Utilidors

The Utilidors serve many different purposes.  One of the most innovative is for trash removal.  Custodians put trash into a specially designed a vacuum system where the refuse moves through vacuum tubes to a central location where it is either processed or recycled.

Disney workers also make deliveries through the Utilidors so that guests do not see people pushing merchandise around the streets of the park.  Many of the kitchens that serve the restaurants are actually located in the Utilidors.

Seeing The Utilidors For Yourself

The Utilidors are for Disney world cast members only.  They are strictly off limits to the theme park guests.  However, it is possible for you to get a glimpse into the Utilidors.  Disney’s “Keys To The Kingdom tour” allow you to see many different behind-the-scenes areas of not just the Magic Kingdom but also at Epcot, Disney’s Hollywood Studios, and even the Central Costuming Office, which just happens to be the largest wardrobe facility in the entire world.

If you aren’t in Florida right now and can’t take the tour, check out this YouTube video:

Utilidors In Other Parks

The Magic Kingdom has the most extensive system of Utilidors.  When Epcot was built, it included a much smaller Utilidor system that ran beneath both Spaceship Earth and Innoventions.  Utilidors, it turns out, are quite expensive to build.  The Disney Company discovered that a simple perimeter road that runs behind the attractions, such as behind Future World attractions and World Showcase countries, is a less expensive way to move people and goods.