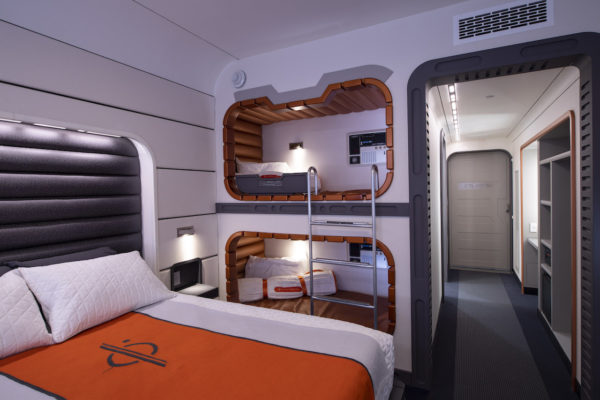 Josh D’Amaro (Chairman of Disney Parks, Experiences and Products) was the keynote speaker at the IAAPA Expo and did not hold back when it came to updates on some major Disney Parks projects.

If you missed D’Amaro’s presentation, have no fear, we’ve got you covered! Here is our roundup of Disney Park updates from IAAPA 2020.

“Remy’s Ratatouille Adventure” Opening Confirmed for 2021: Over the last several weeks, we have seen a number of rumors that have pushed the opening date of the new Ratatouille attraction back, forward, and every-other-way. D’Amaro confirmed that the attraction, titled “Remy’s Ratatouille Adventure“, will open in 2021. No additional details were provided, but we expect more information to become available towards the end of the holiday season. Remy’s will be located in the France Pavilion in EPCOT.

Our First Look at Guardians of the Galaxy Coaster: D’Amaro shared an update on the Guardians of the Galaxy: Cosmic Rewind coaster that is currently under construction in EPCOT.  Disney is billing the attraction as a “storytelling coaster” because it uses a new, programmable ride system that allows the cars to rotate 360 degrees. Disney is calling the ride system an “Omnicoaster.” It combines the features of an Omnimover ride system (like in the Haunted Mansion) that allows Imagineers to direct guests’ attention in a certain direction, with a roller coaster.

One Step Closer to the Opening of EPCOT’s Space 220 Restaurant: One of the delayed (and most anticipated) EPCOT projects is the opening of a new restaurant named “Space 220”. Although details are still pretty scarce about “Space 220,” the Disney Parks Blog posted a video with several images and updates on current projects. One of these images is a better look at what we can expect the interior of “Space 220” to look like. Concept art shows amazing views through these windows among the stars and far above the earth, but it’s not clear whether they’ll be constant or dynamic images.

Inclusion to be a Focus in the Disney Parks: A few months ago, Disney announced it would retheme Splash Mountain (Disneyland/WDW) to a Princess and the Frog overlay. The decision to retheme the iconic attraction was based on Disney’s push to create a more inclusive experience for all guests. Today, D’Amaro doubled down on his push for inclusion stating that there would be more changes to come. What exactly is yet to come is unknown, but it is clear for all future projects, inclusion will be a main focus for the Parks.

Not long after the Splash Mountain announcement, World of Walt published an article with thoughts on what other attractions may see an overhaul in the future. The opinion piece detailed a number of shows and attractions that have long been the subject of internet rumors and critics. Could any of the attractions mentioned in the article actually see changes?

Which IAAPA news was bigger:  Starcruiser cabins or Guardians cars?